Samsung’s flagship smartphones Galaxy S9 and the Galaxy Note 9 are a big hit in terms of revenue and shipments for the company. Now, according to the latest reports, the South Korean giant Samsung just revealed its first futuristic foldable smartphones.

The South Korean giant Samsung demonstrated its futuristic foldable smartphone for the first time during its developer conference in San Francisco. It has a screen called Infinity Flex and switches the interface of each application between smartphone and tablet modes to take advantage of both display sizes.

There is still no official name for the phone; rumors said that the South Korean giant would call its first foldable smartphone “Galaxy F or Galaxy Flex”. The new smartphone of Samsung has two screens: when closed, we can use the External Cover Display with the benefits of an ordinary smartphone. When opened, we can find the foldable screen of 7.3 inches, that will work as a tablet.

The South Korean giant Samsung mentions a feature called “continuity”: if you are using a smaller screen application and open the device, it will automatically open on the larger screen.

In addition, it will be possible to display 3 apps simultaneously thanks to the Multiactive Window. It’s something that the South Korean giant Samsung is developing in partnership with the tech giant Google. Moreover, the most used mobile OS of the tech giant Google, of course, Android will have native support for folding screens.

You will notice that the images are a little dark, as the Justin Denison, the vice president of mobile marketing, explained at the event that he would “get in trouble” if he showed everything about the device.

Therefore, the smartphone has elements hiding details of the design, and the company, of course, the South Korean giant Samsung has decreased the lights of the stage. The executive assures, however, that the device is “dazzling”. 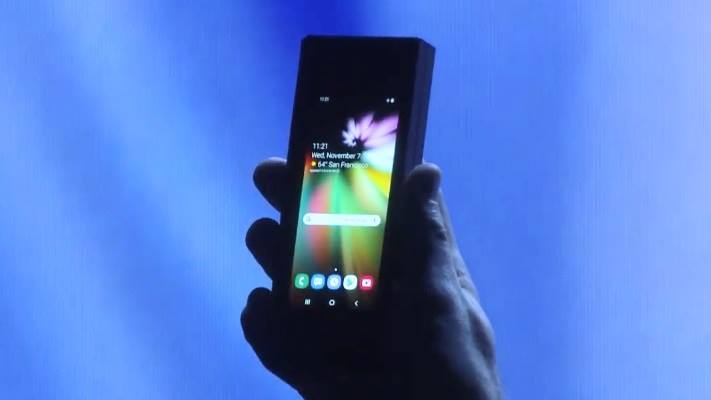 Developers will need to tailor their apps to the foldable phone. Therefore, the South Korean giant Samsung will soon launch an emulator to test apps in the new format. In addition, it will give clear guidelines for what features the app should support. 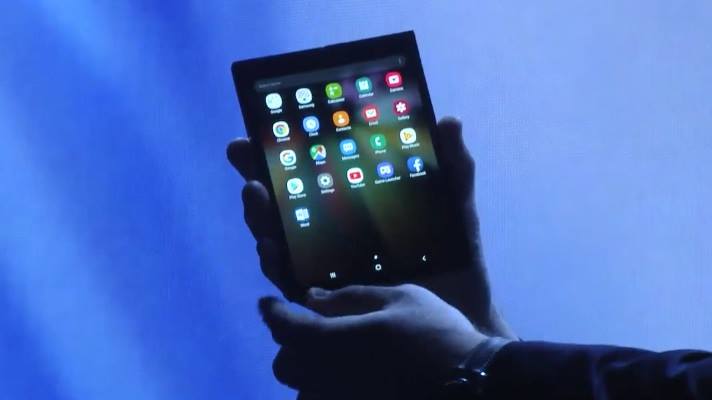 The South Korean giant Samsung explains that it needed to reinvent everything on the screen to create Infinity Flex. The glass has been replaced by a composite polymer that promises to be flexible and resistant. There is a foldable adhesive to laminate the display layers. And the polarizer got 45% thinner; it filters the external light to reduce reflections.

Mass production of Infinity Flex will start in the coming months. The names Infinity-U, Infinity-V, Infinity-O and New Infinity were mentioned. The Korean also promises devices with the roll-up and stretchable fabric for the future. However, currently, we do not have the release date yet. So, what do you think about this? Simply share all your views and thoughts in the comment section below.