We all know very well that the South Korean giant Samsung has developed and implemented several forms of security to make the security of its smartphones ever increasing. After we met the patent for a fingerprint unlock technology below the screen recently, now Samsung has filed a new patent to use the palm as a security measure.

For some years now manufacturers have been hoping to abandon the physical buttons and adopt recognition underneath the screen. Already several prototypes were developed, however, with the introduction of the 18:9 screens, the need for this technology has grown.

However, we all know very well that the South Korean giant Samsung has developed and implemented several forms of security to make the security of its smartphones ever increasing.

After we met the patent for a fingerprint unlock technology below the screen recently, as we already hinted, now a new patent appears to use the palm as a security measure. The world of smartphones and security is constantly evolving as manufacturers try to find faster and safer unlocking methods.

The South Korean giant Samsung is one of the most advanced brands in this area, having already used or patented several technologies. In addition to methods already in use, such as traditional fingerprint unlocking or iris unlocking, it has also recently patented the fingerprint below the screen and now a security method using the palm of the hand.

Palm of the hand could be a safety measure in Samsung

The palm of the hand has unique traits for each individual and can be compared to a large fingerprint. Thus, with a photograph of the palm, it can be used as a method of authentication or security.

This technology is no longer new since we had already spoken of Redrock Biometrics, an American startup that has focused on developing this type of technology. However, although this startup uses this technology for unlocking, that the South Korean giant Samsung can only use it as a security method. 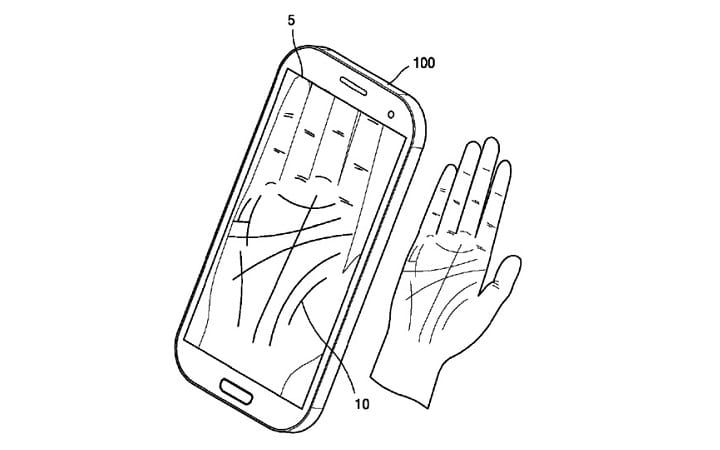 According to the patent filed by the South Korean giant Samsung, this new method boils down to a security measure to implement when the user forgets the password. In the configuration, a lane will be asked to help remember which password is set, which will only be given after the user shows the palm of the hand to prove his identity.

At the unlock level of the device, the South Korean giant Samsung does not trust enough in this technology, being focused on offering five types of alternatives for unlocking: Iris recognition, fingerprint reader, facial recognition, PIN and password.