After Apple, Samsung was the first one to ditch chargers in the box for its high-end smartphones. After this, many other brands like Xiaomi also followed in their footsteps.

According to the latest reports, Samsung might stop offering chargers even for its affordable phones.

Apple does not provide a charging adapter with iPhone 13. You just get a phone and a USB-C-to-Lightning cable in the box. 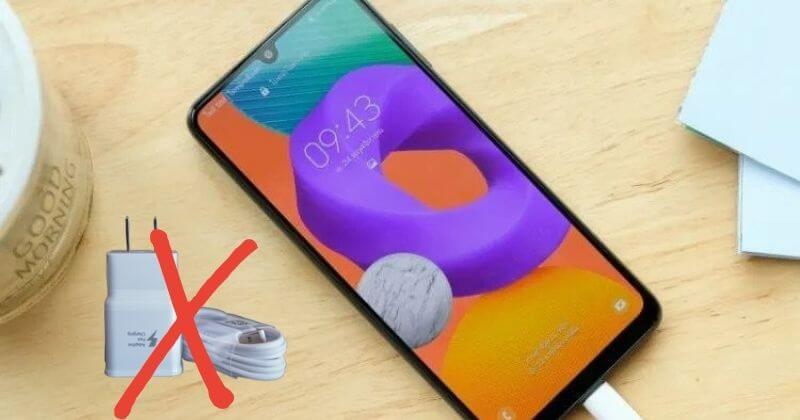 A popular tipster named Yogesh Brar posted a tweet saying, Samsung may discontinue selling its Galaxy A and Galaxy M smartphones with chargers. So, the customers will only get a smartphone with a wire in future affordable Samsung phones.

No in-box chargers for upcoming M & A series models

Samsung might also remove chargers from the box of budget smartphones like the Galaxy F-series. The first device that will not bring a charger could be the upcoming Galaxy F23.

Galaxy F23 is launched in India, but it does not provide charging brick in the box. This device will compete against the likes of Redmi Note 11T 5G, iQoo Z3, and Realme 9 Pro 5G. The price in India is set at Rs. 17,499 for the base variant.

However, Samsung has not officially confirmed this, but there are reports that support this speculation.

It is not known whether this move is only for India or all regions. If this news is true, many of them will be disappointed, especially in India. As most of the budget phones are bought in India as compared to other high-end devices.

These companies claim that removing chargers can cut back on e-waste. But the reality behind this environment is keeping some extra cash in their pocket.

However, this is just a rumor, and there is no official information, so we can’t rely on it. We just need to wait for Samsung to respond. Once any official detail is shared, we will let you know.