If we notice then, it is visible that smartwatches could be seeing a major makeover in the coming years. Now we have a popular smartwatch manufacturer thinking about a new way of interacting with your smartwatch.

Tech giant Samsung deals with consumer IT and electronic devices. Samsung patents smartwatches with a virtual user interface concept that will allow the user to project a screen from the device onto their hand.

Samsung’s Next Smartwatch Will Project Virtual Screen On Your Hand

As the tech giant Samsung filed a petition to the U.S. Patent and Trademark Office, it described a device that was not seen before or is impossible to build in the near future, according to tech researchers and experts. 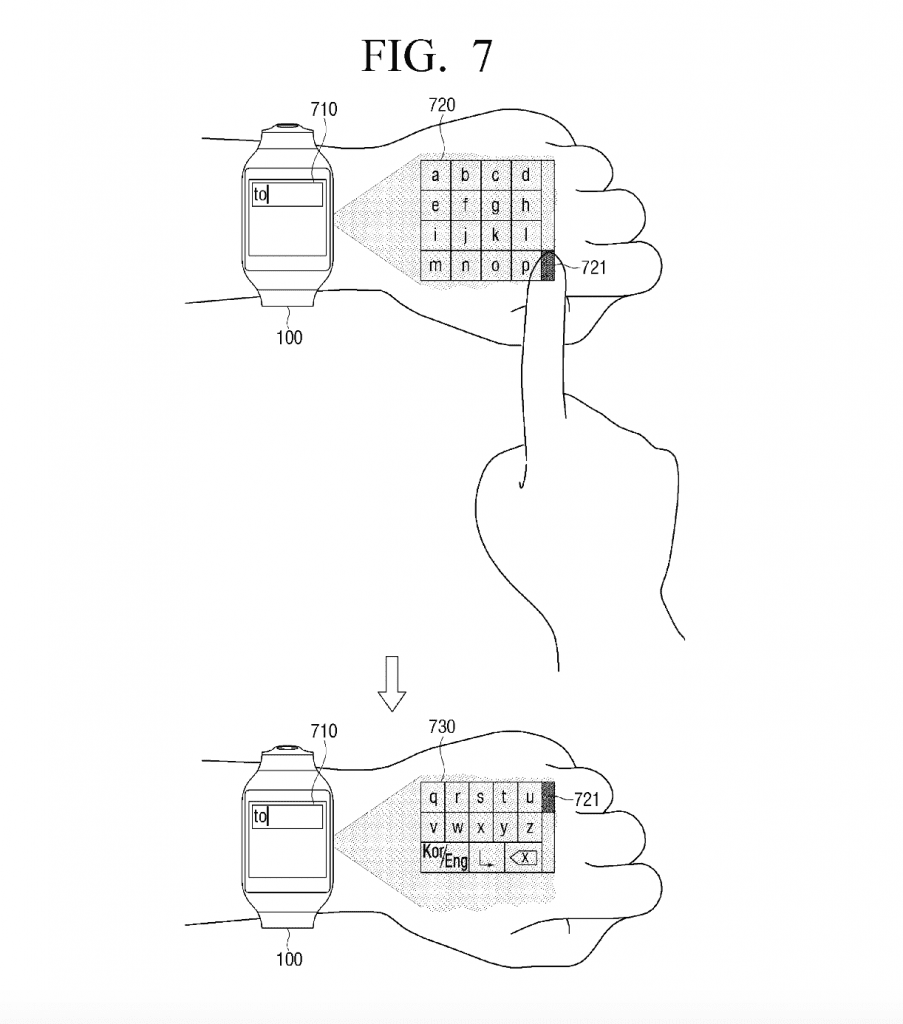 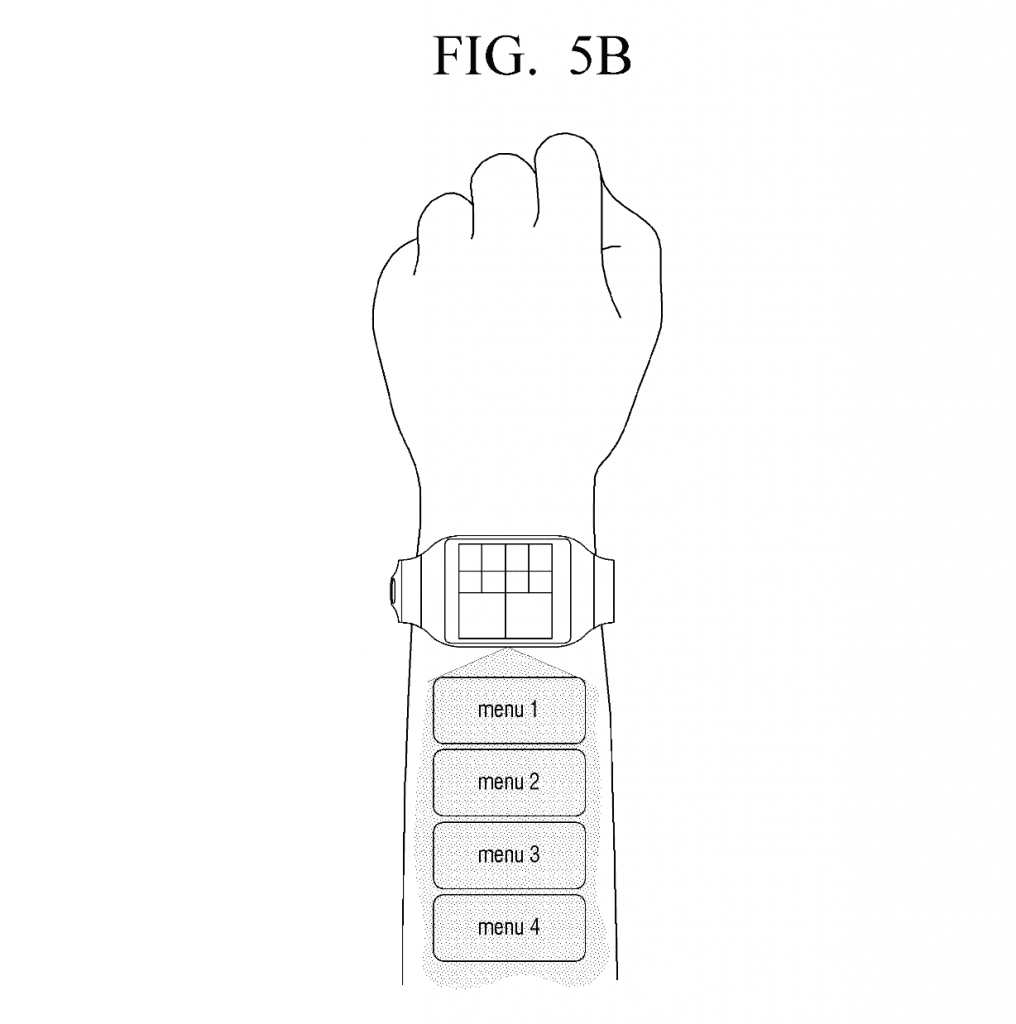 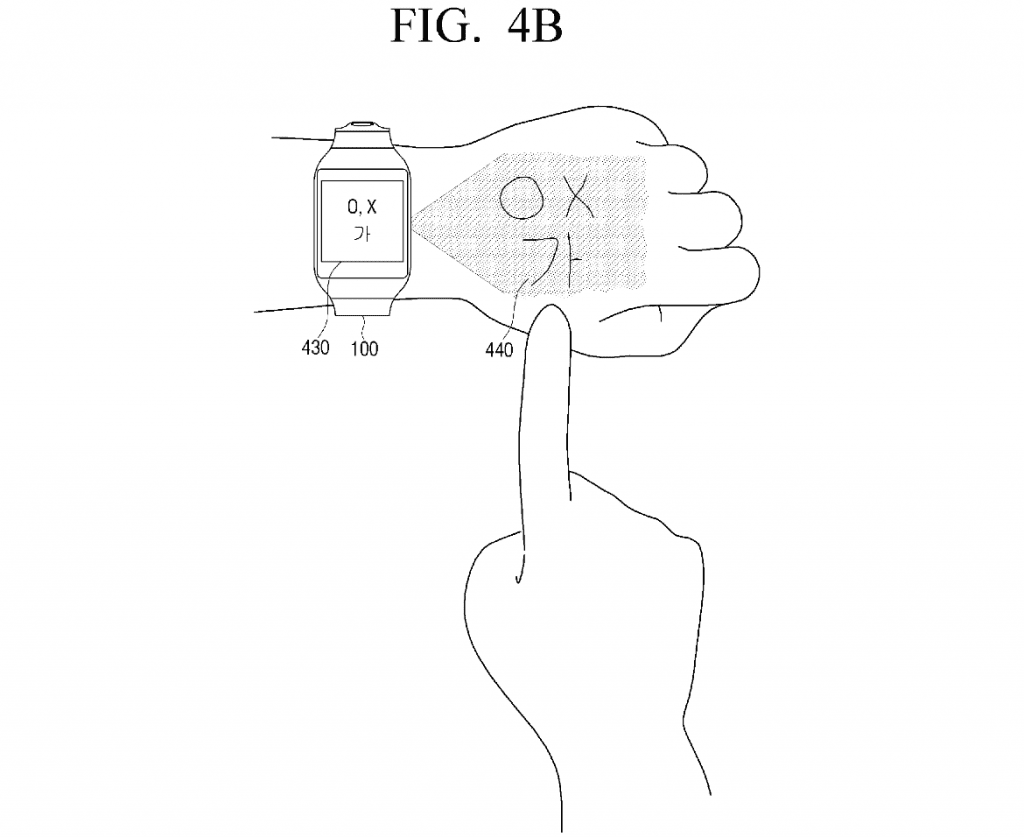 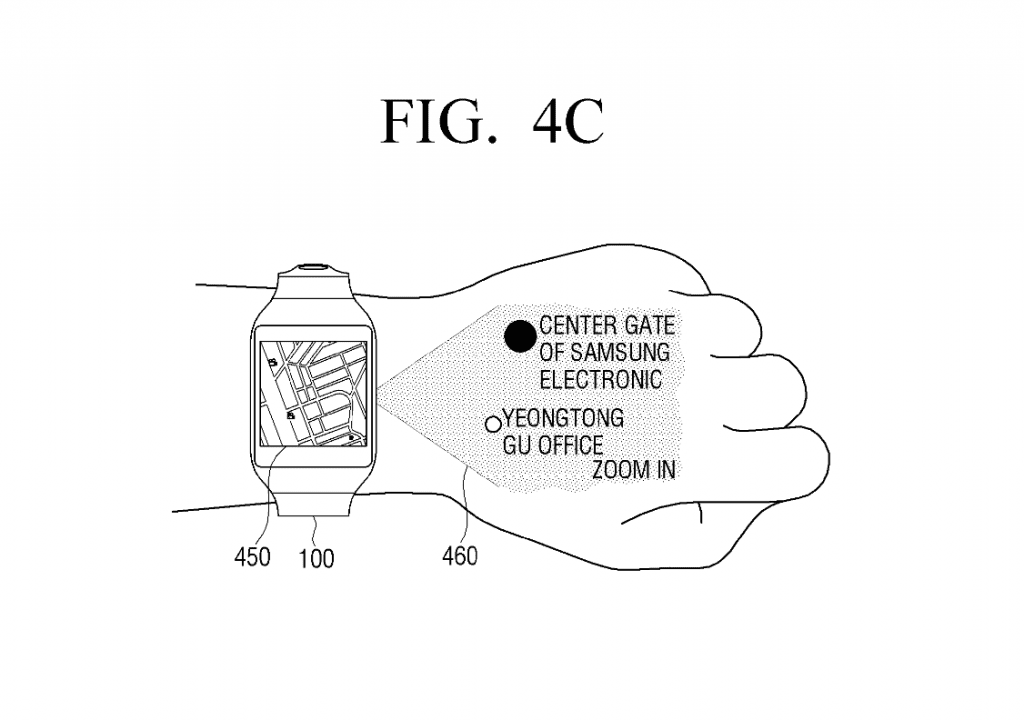 Here we collected a few sample diagrams of Samsung, showing the interface being used to render a zoomed view of a map displayed on the smartwatch along with the larger dial pad.

Hence, the tech giant Samsung also claims that the UI parts could even be projected onto the back of fingers, extending it even further.

The tech giant Samsung is doing something extraordinary that extends it further and shows the future.