If you are an active Snapchat user, you may know that the app records when you take a screenshot and notifies the other person. This thing is done to protect the privacy of the uploader.

Whether you capture a screenshot of a chat, story, or video, the Snapchat app will notify the uploader to make them aware. While it’s a great privacy protection feature, many users may still want to take screenshots on Snapchat without them knowing.

If you want to save snaps from Snapchat without them knowing, you need to start using the Snapchat Saver app. Snapchat saver apps for Android are a mix of screenshot tools and video recorders. But, they follow a different concept to capture the objects displayed on the screen.

Snapchat Saver apps can easily capture screenshots or record snaps without notifying the other user. So, let’s check out the best Snapchat saver apps for Android. 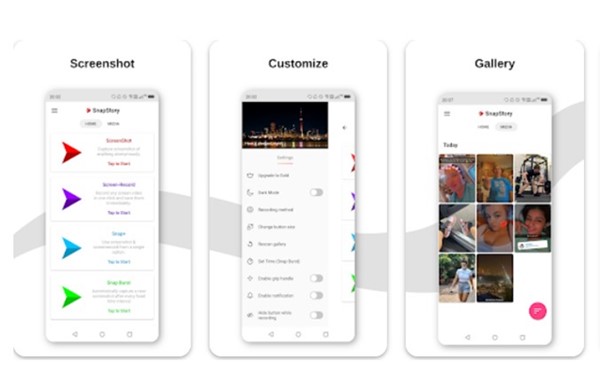 SaveStory is both a video recorder and a screenshot tool for Android. The app lets you capture screenshots of any app, and you also have the option to record the screen.

The good thing about SaveStory is that it works fine on both rooted and non-rooted Android smartphones and sends no notification when a screenshot is captured.

It also has a feature that allows you to set continuous screenshots. With this feature, the app automatically captures a series of screenshots within a few seconds.

The app can also record the internal audio if your device runs on Android 10 or above. Overall, SaveStory is a great Snapchat saver app for Android. 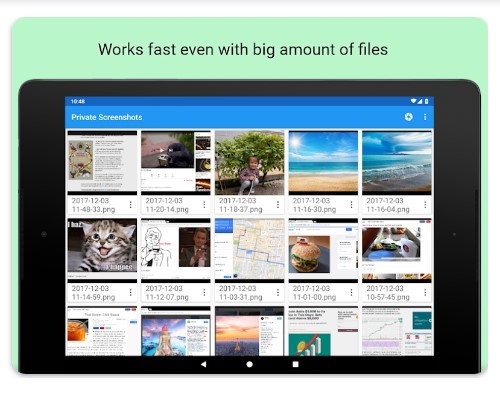 However, Private Screenshots don’t work with protected apps like Netflix, Tor Provider, Banking apps, etc. You will get a black screen if you try to capture screenshots in protected apps.

After capturing a screenshot, Private Screenshots saves the files into a hidden directory, and it doesn’t broadcast any message about new screenshots.

The concept of Private Screenshots is different; instead of capturing the screenshot directly, it launches a presentation mode on your device and then captures the whole screen. In this way, the apps can’t detect that a screenshot has been taken. 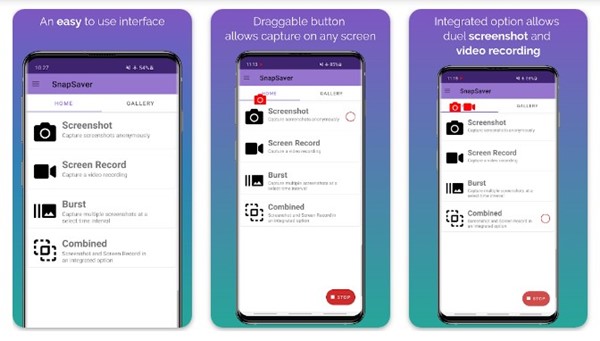 ShotSaver is another great Snapchat saver app for Android that allows you to take screenshots and record screen anonymously. While the app works fine on older versions of Snapchat, it sometimes fails to capture a screenshot on the latest version of Snapchat.

The most prominent part of ShotSaver is its easy-to-use interface. The user interface looks clean and suits well with Android’s material design.

Another unique feature of ShotSaver is the ability to capture screenshots & record screens in the same session. You don’t need to log in or create an account to use this app, and it works with Snapchat chats.

The other person is not notified when you capture a screenshot or record videos with ShotSaver. You can view the captured images/videos from the Gallery app of your Android. 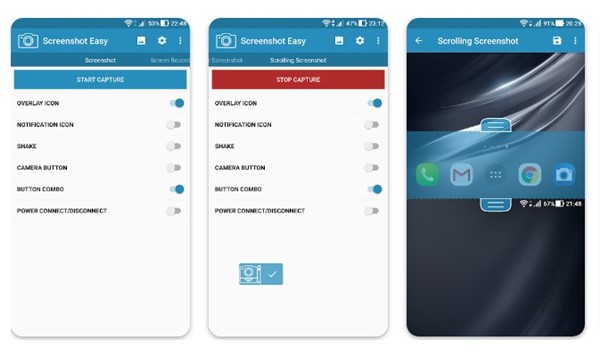 Screenshot Easy is a full-fledged and simple-to-use screenshot tool for Android devices. It lets you take a screenshot on your smartphone the easy way.

The app also provides you with multiple ways to capture screenshots. For example, you can add a screen capture option to the Notification panel, enable the shake-to-capture feature, add an overlay icon for screen recording/screenshot, etc.

However, you should note that this app will send a notification if you try to capture a screenshot or record screen on Snapchat. It’s just a simple screen capture app for Android that can be used to save Snapchat stories or snap. 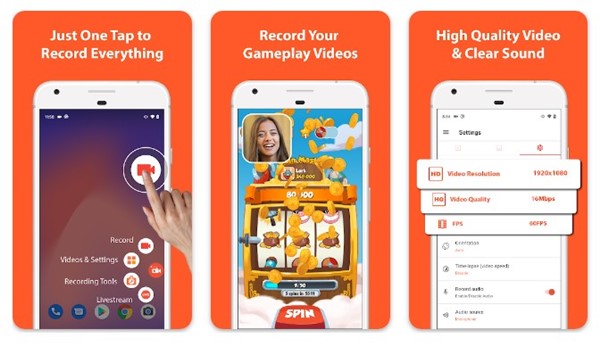 AZ Recorder is a very popular screen recorder app for Android that can record your screen at better quality. It’s a high-quality screen recorder with the ability to capture internal audio.

It has many unique features that make the app more useful. You can use this app to capture screenshots as well. And you also get a video editor for editing the screen captures.

AZ Recorder is perfect if you want to save a Snapchat story without any watermark. Yes, the app will notify the other user that you have captured a screenshot, but if you are okay with it, it’s one of the best apps you will ever use.

The app works with all sorts of social networking and instant messaging apps such as WhatsApp, Telegram, Snapchat, Instagram, etc. 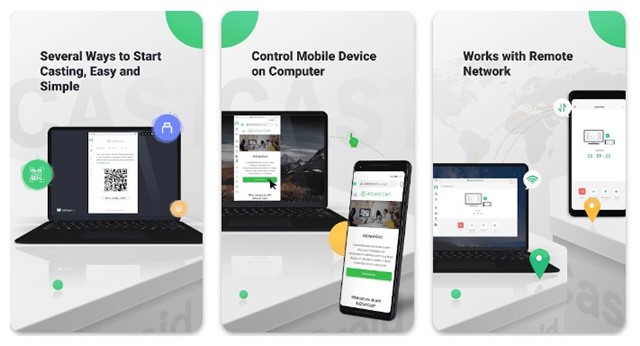 AirDroid Cast is a screen mirroring app, but it’s an odd one on the list. If you want to save a Snapchat story or capture a screenshot without letting the other one know, the best option is to mirror the phone screen to a PC and then use the PC’s screen recorder to capture the screen.

The goal is to mirror your Android screen to a PC with AirDroid Cast and then record the PC screen. This way, you will record your PC’s screen, not the Snapchat app. This won’t notify the other person that you have captured the screenshot.

The AirDroid Cast is a powerful and easy-to-use screen-sharing & controlling tool that allows sharing mobile screens to Windows or macOS. 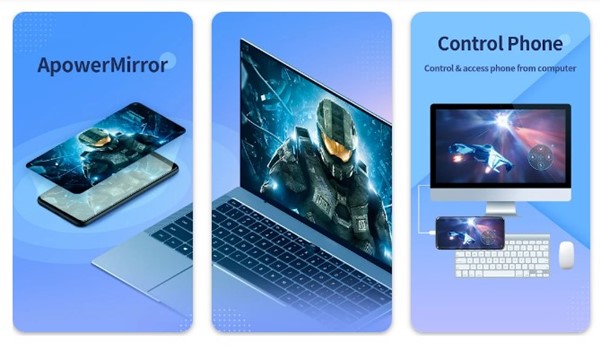 The app facilitates wireless screen mirroring, and you can use it to cast Android to a PC, MAC, or even Smart TV with audio.

The goal here remains the same, you mirror your Android screen to a PC and then record the PC screen. This way, you will be recording the PC screen, preventing Snapchat from notifying the other user.

The app is completely free to download and use; it supports mirroring 4 devices simultaneously without any delay. 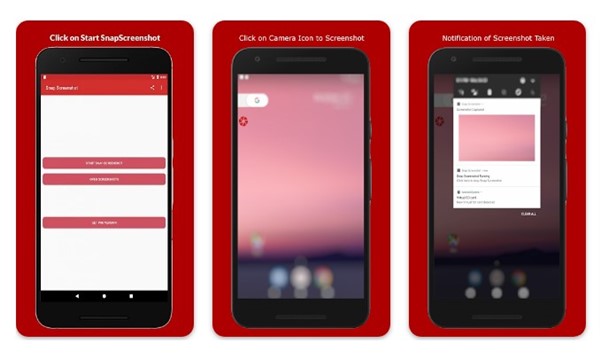 SnapScreenshot Tool is a screenshot utility designed for apps that notifies other people when you capture a screenshot. The app is fully compatible with Snapchat, and it will let you capture screenshots on the app anonymously.

However, you should note that the app won’t work with protected apps like Netflix, Banking apps, etc. You will get a blank screen if you attempt to capture screenshots of protected apps. 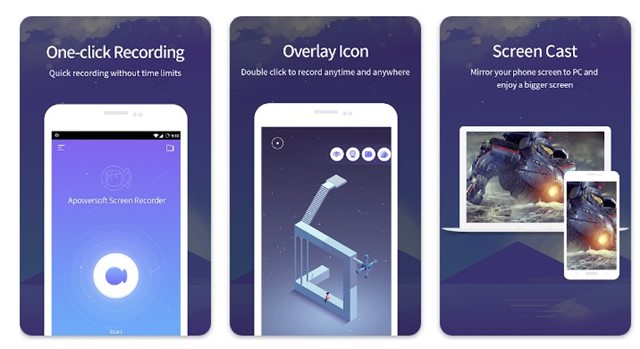 If you are looking for a Snapchat saver app and don’t care if the app sends notifications to the end user, you may find Apowersoft Screen Recorder very helpful.

Apowersoft Screen Recorder is one of the best and easy to use screen recorder apps that can record your entire Android screen in high quality.

Apowersoft Screen Recorder also has a screencasting feature that lets you cast your mobile screen to a computer. If you don’t want to notify the other user about the screen capture, just cast your phone screen to the computer and record the computer screen.

Due to some reasons, SnapGrab has been taken down from the Google Play Store. However, you can still download it from third-party app stores.

SnapGrab is a private screenshot app that’s designed especially for Snapchat. You can install this app to Save Snapchat pictures and videos without notifying the end user.

Everything is good in the app, from the user interface to the features. The app doesn’t put a watermark on your recorded videos or screenshots.

Also Read: How to Take Screenshots on Snapchat Without Them Knowing?

So, these are some of the best Snapchat saver apps for Android that you can use today. If you want to suggest any other similar apps, let us know in the comments. Also, if the article helped you, share it with your friends.