While we are waiting for the arrival of Sony’s new high-end models, which all indicate will be presented at the Mobile World Congress 2019 that begins next Monday, it has been known that the Japanese firm has already developed three new terminals to attack the mid-range segment of the market.

While we are waiting for the arrival of Sony’s new high-end models, which all indicate will be presented at the Mobile World Congress 2019 that begins next Monday, it has been known that the Japanese firm has already developed new terminals to attack the mid-range segment of the market. As, recently, 3 new Sony Xperia devices have been seen in a performance test, showing some of there features.

The place where the three models that we talked about appear is on the Geekbench website, one of the most used benchmarks with Android terminals. And, therefore, as usual in the published results, you can see both the processor they use and the amount of memory (and some other detail that is interesting, such as the integrated operating system version). The models, in particular, have the following nomenclature: H3123, H4113 and H4213.

A common element in all the models that have been analyzed is the use of the Android Oreo operating system. This is not a surprise since for some time almost all the terminals of the Japanese company that are relevant have their corresponding update.

Even Sony was one of the first companies to include this version of Google’s development in new generation devices. But, the truth is that this is something positive and others could take good note of it.

Processor and RAM of the Sony’s new midrange devices

These are the data and we should thank Geekbench due to which it is possible to know the details and obviously, will not vary in the final models of midrange Sony Xperia that are being prepared. The bet in relation to the SoC is the Qualcomm Snapdragon 660, an eight-core component that includes an Adreno 512 GPU inside. Therefore, we speak of more than enough performance for day to day and, also, of additional interesting options such as quick charging or undemanding energy consumption.

What about the RAM? There are differences between the models that have been revealed. The H3113 and H4113 come with 3 GB integrated, while the H4213 has one more GB (so it will be the most powerful of them all and, because of this, is the one that best fits in the product range called as premium). 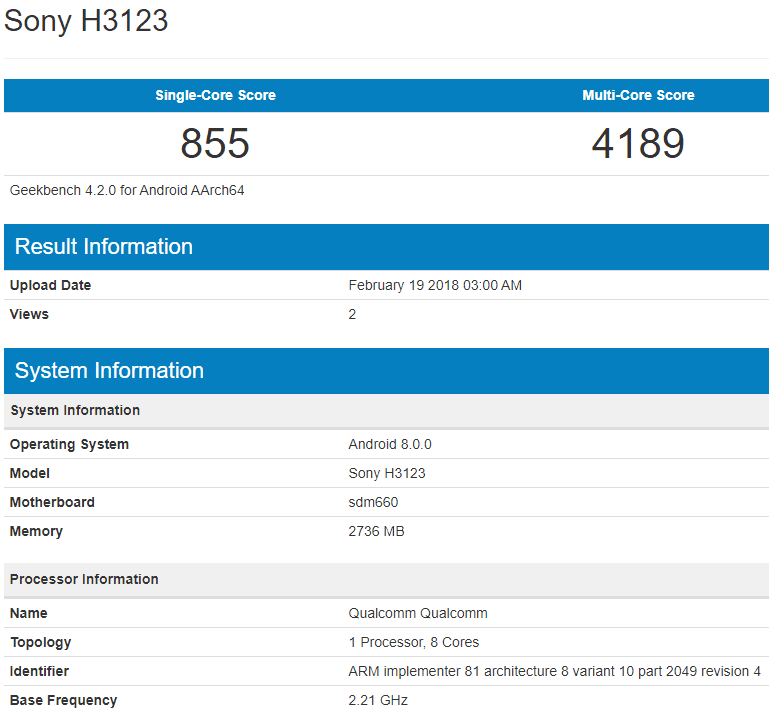 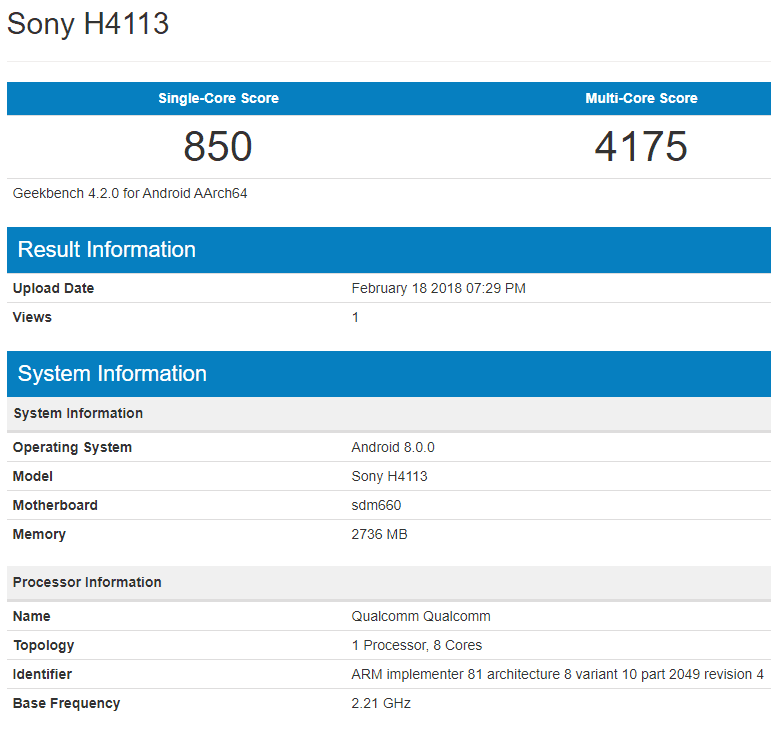 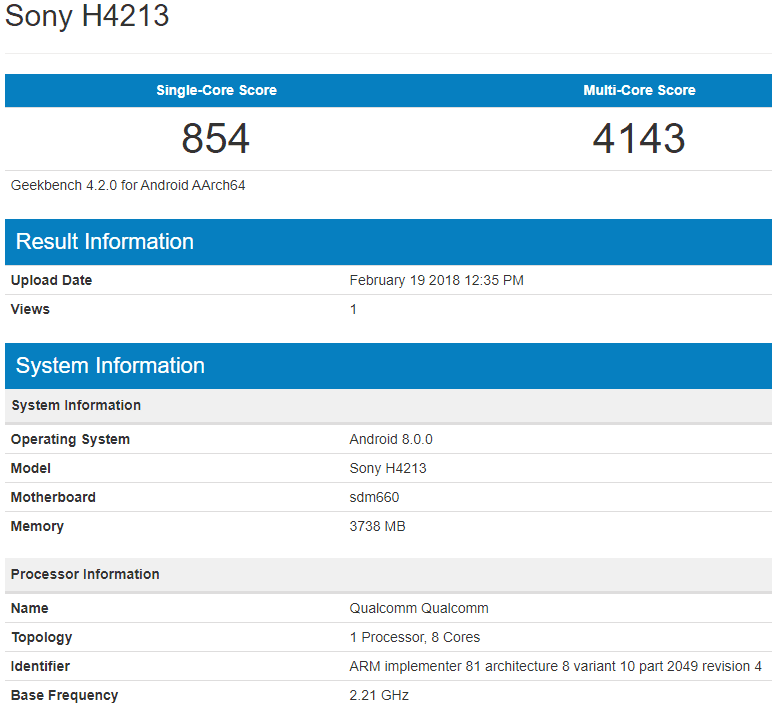 By the way, before finalizing it is important to comment that it is expected that these three Sony models will arrive with Bluetooth 5.0 inside and, in addition, while if we talk about the screen then currently we don’t know the dimensions these three devices, however, they will have Full HD resolution and a panel with 18:9 ratio. In this way, they will adapt perfectly to the current market trend. The arrival of the terminals to the market is not at all clear, but we bet that this will happen once the MWC 2019 passed.