When Samsung, Apple, LG, Xiaomi and many other firms opted to launch “Bezel-less” smartphones, the Japanese tech giant Sony was the only company that went through this fashion. Today, however, they may have changed their minds.

For all those who wondered if Sony would enter the current trend of smartphones with all screen, the answer has come in a recent filtration of what could be the new Sony Xperia XZ2, a successor of the XZ1 with which the brand would present its first mobile with all screen and no bottom frame.

When launched by Xiaomi, the concept of Bezel-less or all screen seemed an aesthetic element to differentiate its smartphone from the rest. But when the brands with more weight in the sector, like the South Korean giant Samsung and the tech giant Apple, implemented the Infinity Display and FullView designs, it became clear that the theme of the frameless mobile is no longer a choice, but a trend that must be followed, and that brands like Huawei already assembled the feature in its mid-range.

When in August we saw the debut of the Sony Xperia XZ1, it was clear that the Japanese brand preferred to remain in its classic design, but for the successor of that model, things may have changed.

Image of the Sony Xperia XZ2 with all screen

Recently on the web, the technical data of a Sony H8216 model appeared, which was immediately identified as the possible successor of the Xperia XZ1, a terminal with a large camera that we recently analyzed extensively and the current ‘flagship’ from Sony. And today we have started the week with something better: a filtered image, the possible first image of the Sony Xperia XZ2 that already shows us an exterior design that embraces the Bezel-less concept. 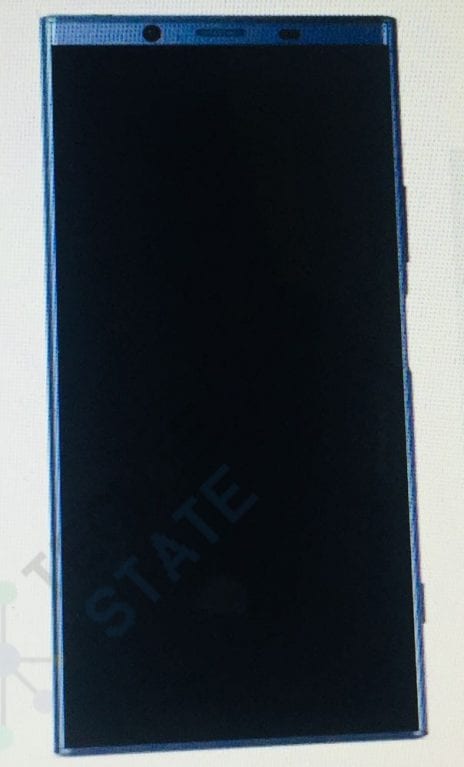 In fact it impresses with regard to the change with respect to the XZ1, because we have a front screen of 5.48 inches that occupies 90% of the entire surface, and the Xperia XZ2 would look like a smartphone without a bottom frame and with an upper one with the Just thickness for the camera, speaker and other sensors. For the rest, there are no alterations type curved screen or details to the iPhone X for example in terms of giving an alternative look. This possible image of the Xperia XZ2 keeps all the classic design of the Sony devices, except the expanded screen.

It is not the only look at the appearance of the XZ2 that we have had today, since there has also been a render of its rear design that would confirm what would be one of the major novelties of the terminal along with its screen: a Dual rear camera with two lenses placed in vertical format, the LED flash next to one of them, and a fingerprint reader underneath them.

The Sony Xperia XZ2 will have according to the data leaked yesterday a screen of 5.48-inch ‘without frames Triluminous FullHD display, with a powerful processor Snapdragon 845 as internal heart next to 4GB of RAM and 64GB of internal space along with expandable storage. The battery is expected to be 3130mAh, with a front camera of 15 Megapixels and the aforementioned rear with two 12 Megapixel lenses. The whole system would be powered by Android 8.1 Oreo. 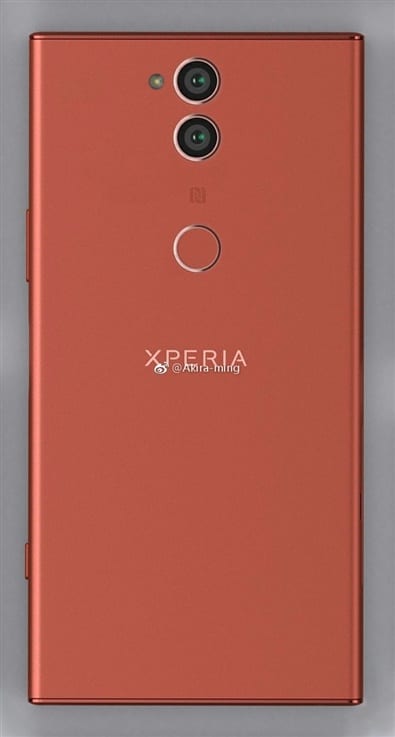 The most significant is the presence of a Snapdragon 845 that would make it clear that Sony will position this XZ2 as its high-end of 2019, but also that it could come out later than the Samsung Galaxy S9 because of the fact that Koreans have used all the Qualcomm’s first batch of processors for its flagship earlier this year. Anyway, the MWC 2019 is getting closer, sure to materialize we will see more of this new Xperia in the coming weeks.