Spotify rolls out a new feature, “Swipe to Queue,” for all Android users. This feature will let users add new tracks to their playlists. The feature was available on iOS for years, and now finally, it’s available for Android also.

However, the new feature is rolling out on the beta version of Spotify. The swiping gesture will soon be available to all Android users.

This Quick gesture on Android works the same as on iOS. When the user swipe from the left-on song in the app, it will add that track to your current playlists.

Swipe Right & Add the Track on Your Spotify Playlists 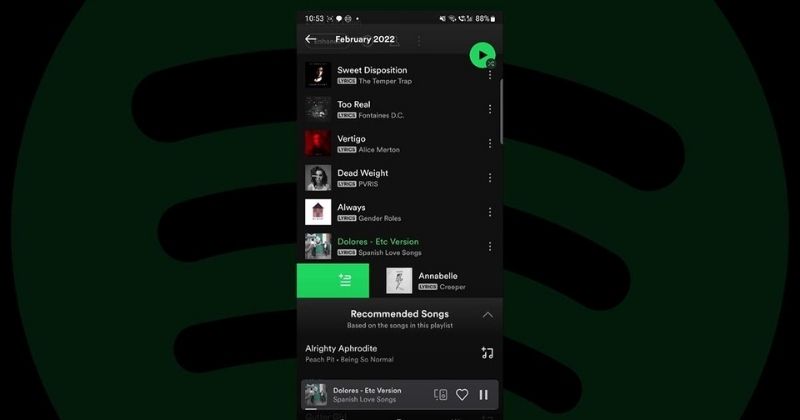 The company has not announced bringing the Swipe to Queue feature on Android. This feature was first spotted on Reddit; user Far-Contact-9369 shows that the Swipe gesture feature is out for Android users.

According to Gadgets 360, the feature is available for multiple Android users of the beta version of the app. It is a simple feature that was one of the most requested ones for quite a long time.

In 2015, someone requested to bring this feature for the Android version on Spotify Community. To this, the company responded last year and said that it is “on our radar.”

Spotify has rolled out its “Car Thing,” it is an in-car entertainment system available in the US. Spotify’s Car Thing will need a Wi-Fi connection and an app to stream songs. It is similar to Apple’s CarPlay and Google’s Android Auto.

Car Thing device is available in the US for $89.99 (around Rs. 6,700). This new device can work with USB, Bluetooth, and Aux. This new device has a knob, a color touchscreen, voice control features, and more, and it will use car speakers.

Spotify is now testing this feature with a small number of people before it makes it available to the public.