Today in this article I will tell you about a suit that converts the body heat into electrical energy and operates it with crypto-mining. An algorithm that evaluates in real time cryptocurrency which is currently the most lucrative and begins to perform the necessary computational operations.

This Suit Can Mine Cryptocurrency Using Your Body Heat

The images from the Institute for Human Obsolescence seem pretty dystopian at first glance. One would think that they are deprived of their body energy as in the Matrix to keep an eerie machine alive.

At the Institute for Human Obsolescence (IoHO) in The Hague, Manuel Beltran and his team are researching what happens when human labour is no longer needed. “We wanted to find out how to take advantage of the human body, which has become unusable for physical or mental work,” says Beltran. The answer is biological work. Instead of generating energy for finer overlords, the 37 volunteers in the suits scrapped crypto coins, earning money with their body heat alone.

The suit converts the body heat into electrical energy and operates it with crypto-mining. An algorithm evaluates in real time cryptocurrency which is currently the most lucrative and begins to perform the necessary computational operations. Within 212 hours, the volunteers generated 16,594 crypto coins of different currencies.

80 percent of the revenue went into the workers’ wallets, 20 percent remained at the Institute. That does indeed work, but primarily as an art project to show the consequences of current technical developments. 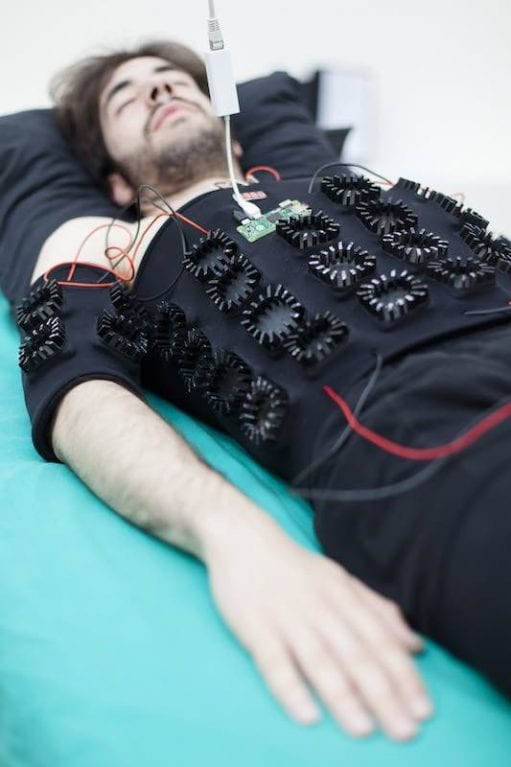 A McKinsey study estimates that by 2055, half of all jobs can be automated. In Germany, 20 million people would lose their jobs. Even if other experts compare such numbers with a look into the crystal ball, this does not change the fact that artificial intelligence and robots will significantly change the labour market and that also in record time. “There is a difference between the speed at which technology develops and the speed at which people become aware of the consequences,” Beltran says.

Beltran studied at the ArtScience Interfaculty in the Netherlands, which teaches a scientific approach to art. There, the relationship between man and machine and their socio-political significance moved into focus. In 2015, he founded the Institute of Human Obsolescence in The Hague, which seeks to close this gap.

“We can envision a future in which machines can replace human labour and thereby thrive our species without the burden of employment,” Beltran says. “But we can also imagine a future in which our situation as an obsolete person becomes a problem, as there is a mismatch between overpopulation and low labour demand.”

The Institute of Human Obsolescence does not want to offer ready-made solutions to these problems but rather stimulates us to the possible consequences. Through art, Beltran says, he can ask questions that have never been asked. “Art can make a future tangible that many people can not even imagine,” he says.

The Biological Labor project is officially over, but Beltran is already working on other issues at the intersection of art and science. “We collaborate with experts from various disciplines such as art, business, law, philosophy, computer science and technology,” says Beltran. “We can not only discuss technology with technologists and neglect the ethical consequences of our projects.”

His new installation, Data Production Labor, will be opened in London at the end of January 2019, looking at how we want to handle our data in the future. Companies like the social network giant Facebook and the tech giant Google draw a large part of their capital from collecting and exploiting user data. The old Internet wisdom “If it costs you nothing, you are the product” becomes a problem in a world where most people are out of jobs.