Finally, Twitter is bringing one of the most requested features “edit button”. The company has confirmed that it’s working on adding an edit option that lets edit the tweets after it is posted.

With the help of this, you will be able to fix if there is any mistake in the tweet. The feature will be first tested with Twitter Blue subscribers in the coming months.

Twitter is working on the edit option since last year, and it will roll out the feature soon. While announcing the feature, Twitter clarified that this decision was not based on Elon Musk’s tweet. 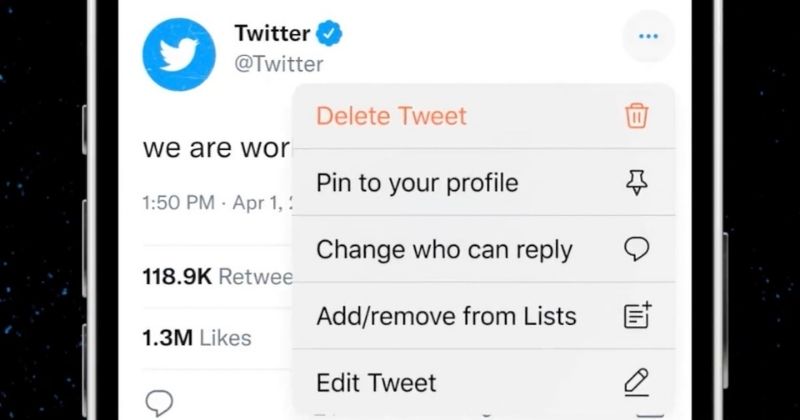 The announcement was made through Twitter’s Comms account. It reveals that the feature will be tested with Twitter Blue users as a part of the Labs option. Before rolling out the edit button to the public, they will learn what works, what doesn’t, and what’s possible.

now that everyone is asking…

yes, we’ve been working on an edit feature since last year!

no, we didn’t get the idea from a poll 😉

we're kicking off testing within @TwitterBlue Labs in the coming months to learn what works, what doesn’t, and what’s possible.

The Twitter new edit option might come under the three-dot menu next to a tweet. However, there are no details on how the feature will work.

This feature will let you edit the tweet which is already posted, but we don’t know if there will be any time limit or not. Also, there are no details on how the edited retweets will be shown.

Twitter confirms this feature after Elon Must posted a poll of asking people if they want an edit button. The result was positive in that poll, a majority of people wanted it. So, Twitter also confirmed that the decision of bringing the edit option was not taken because of Musk, they are already testing it since last year.

If you don’t know, Elon Musk is now the largest shareholder of Twitter, with a 9.2% stake.