Twitter has updated its iOS app, which will now let you share tweets directly on your Instagram stories. This new feature for iOS users is so helpful for those who regularly share their tweets on Instagram. Earlier, there was no such option, so we need to take a screenshot and then post it on the story.

Till now, the users were able to share tweets on any social media platform by taking screenshots.

At present, this new feature on Twitter is available only for iOS users; for the Android version, there are no reports. 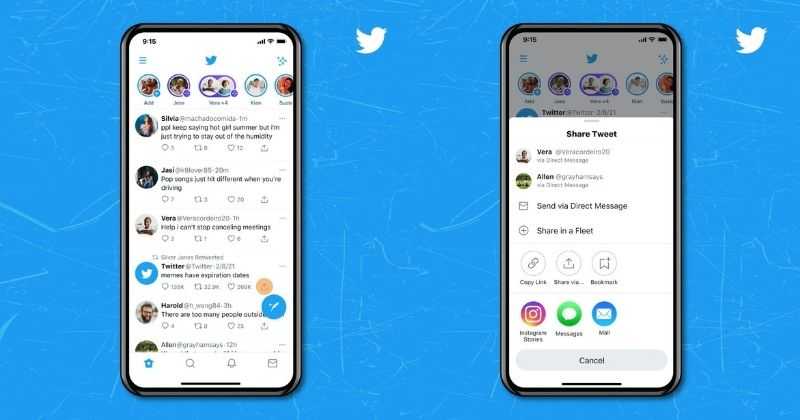 The new interface of Twitter for sharing the tweets directly on Instagram is so easy. It will work better with the text- and image-based tweets.

Skip the screenshots –– sharing Tweets to Instagram Stories right from the share menu is now rolling out to everyone on iOS!

3. Then you will see three options, “Instagram Stories,” Messages, and Mail.

4. Tap on Instagram stories, and the app will be open

5. Then you can resize, reposition the tweet with the image. You can add GIF, music, sticker, or anything if you want.

You can also send it to any followers or groups on the app, as you have created an Instagram story. The story will share the tweet with the person. However, the tweets are not clickable and do not allow the users to tap on the tweet to view it on Twitter. You will not be able to share any protected tweets as well.

Last year, this feature was available for testing to a small group. And now, finally, it is rolled out for iOS users.