Twitter Spaces allows users to host or take part in live audio-only chatrooms with their followers. The platform is now rolling out a feature that will allow users to record a session on Android and iOS.

Once the spaces are ended, you can go back to the start and record the whole session. Only the host of the space will be able to record it. Earlier in October, a new record toggle was seen on the iOS app for Twitter, and now the feature is rolling out.

This feature will be helpful to those who didn’t get time to join the session as they can listen to it later. The host who recorded the Spaces session will also get the option to share it. 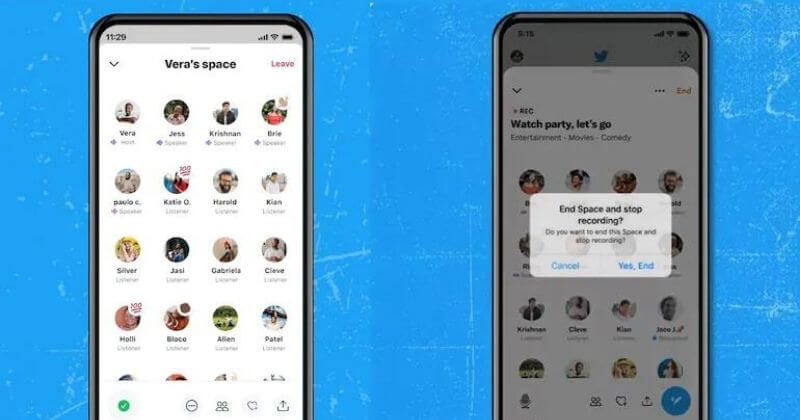 Another update on Spaces Recording:

The option for hosts to record is now available for everyone on Android and iOS! When starting a Space, tap the “Record Space” switch to have it available for public playback for 30 days once the Space has ended. pic.twitter.com/fYzaOjQJlF

You will now see a “Record Space” button on both the iOS and Android versions of Twitter. While you create a Space, just toggle on Record Space.

When the recording feature is turned on, you will see a recording symbol at the top that shows the Space is being recorded by the host. Once the Space ends, there will be a link to share it out via a Tweet.

Under host settings, there is an option to select from where to start your recording. This allows to edit and cut out any blank time that occurred at the beginning.