We all know very well that the calculator is one of the applications that is part of mobile operating systems, and iOS is no exception. However, according to the current reports if you try to type quickly or with some speed “1+2+3” in the calculator application on your iPhone you won’t get the answer 6.

The calculator is one of the applications that is part of mobile operating systems, and iOS is no exception. The tech giant Apple has taken a lot of its time simply to implement new features on iOS 11 and even goes as far as to say that, in some functionalities, it exaggerated.

No, it’s not a math problem, it’s a design problem and especially effects/animations. The discovery has been published on Reddit and can be tested by anyone. Basically just open the calculator and, with some speed, perform the following sum: 1 + 2 + 3 … the result should obviously be 6, only due to the effects of the buttons the result is quite different.

“Any iOS developers will see what is wrong here: the bug is that the animation that lights up the button is blocking touch events until the animation completes. This is the default behavior for animations, but to make an app feel responsive it’s best to find a way around that (it can be a one-line fix, but sometimes it is complicated)”. 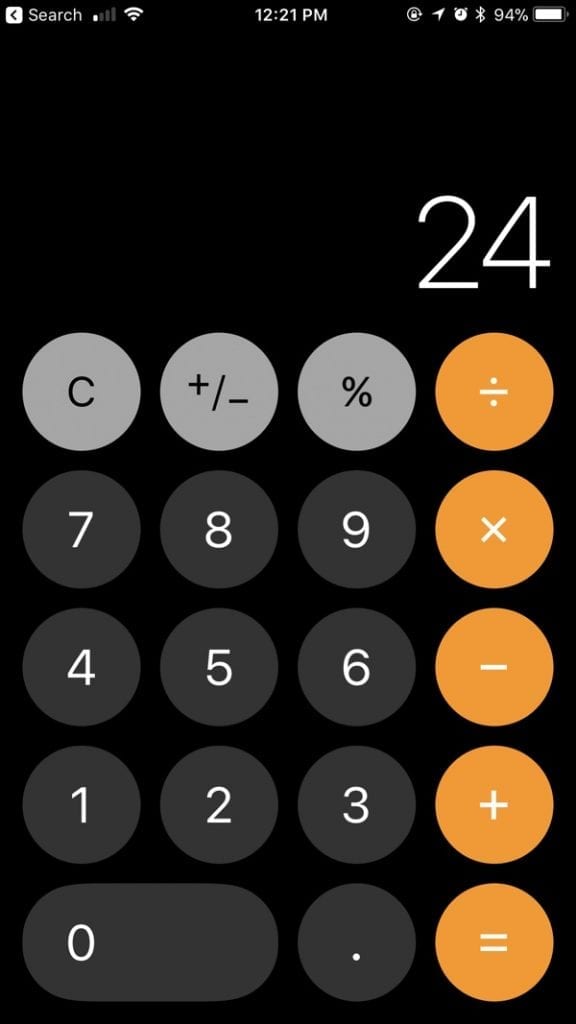 In order for the sum to present the correct result, it is necessary for the user to enter the numbers calmly so that they do not overlap in the calculations. This will be another “problem” for the tech giant Apple to resolve and fix right now in the next update.