Now you can Unlock Mac with Android Device’s Fingerprint by creating the common authentication platform between both the device to use your Android device as an authenticator for your Mac.

[dropcap]W[/dropcap]hile if you are a Mac user, then you might be simply knowing that there are a lot of apps on the iPhone devices that could be used to interact with the Mac system. Many apps could be used to unlock your Mac directly through the iPhone device, and this is what the users probably love. Now the users those who are not owning any iPhone device could be missing out all those interactive features that help to gain access to Mac just through the smartphone, this is because the Android devices or other devices don’t support up to the Mac apparently. There are not many apps for Android that could make you connect with the Mac for various functions, but still, the Android loving developers are going on making their assists to increase the Mac-Android connection flexibility. Now for unlocking your Mac directly through the Android’s fingerprint sensor, there has been an excellent method aroused, and here in this article we are going to discuss that only. Just go and read up the whole article to know about the way to unlock your Mac directly through Android fingerprint sensor!

How to Unlock MAC with Android Device’s Fingerprint

For this, you will need Android version 6.0 or version 5.0 for Samsung devices, MacOS EI Capitan 10.11 or above, Bluetooth connection between both the devices.

Also Read: How to Make Your Android Look like an iPhone (Without Root)

2. Now open up the DroidID app on the Mac and then enter up the code you have noted down before in the above step. Below the code, you have just put your password which you use to login to your Mac device and then click on the Connect button.

3. The Mac device would show you the ‘DroidID is ready‘ which you have to close down. On the other side, the Android device would also ask you to authenticate your fingerprint which is already registered with your device. After this step, you have correctly configured up the DroidID app, and you could now start to use it. To Kn0w how to use this app follow the further steps.

4. Whenever the Mac screen goes to sleep, or the screensaver begins just open up the DroidID app on the Android device and then scan up your fingerprint using the fingerprint scanner. The Mac won’t let you resist over the lock screen, and it would automatically get you logged in.

5. The DroidID app doesn’t work if you have locked your Mac by your own.

6.To configure the DroidID to start automatically whenever the Mac restarts go to the System Preferences by clicking on the Apple logo from the menu bar and then click on the ‘User and groups.’ 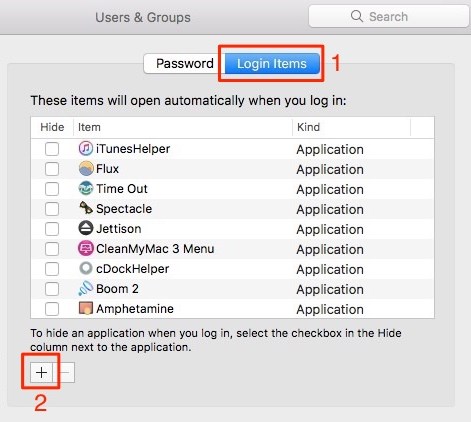 7. Now navigate to the Login items option and click on the + icon. Look for the DroidID.zip from the location where you have downloaded it and then click on the Add option. This sets up the app to start up the everytime when you would restart your Mac!

Here through this article, you have come around the method by which the Android could also be proficiently used for the purpose of unlocking the Mac device. The fingerprint scanner of the Android device is employed in the process to unlock the Mac so you could imagine how quickly you could open your Mac device without any unusual time-consuming tasks. Hope that you would like the method and hence apply it on your device too, we would love to see your presence in the comments below in the case of any confusions!

iOS 16: How to Remove Home Screen Search Button on iPhone

How to Reset Graphics Card on Windows 11 (4 Methods)

iOS 16: How to Fix Battery Drain Issue On iPhone (8 Methods)

iOS 16: How to Remove Home Screen Search Button on iPhone