We all know that uTorrent is one of the best torrent clients for Windows, MacOS and also for the popular and most widely used mobile operating system Android as well. But, recently those responsible for the project incorporated a game store into the torrent client.

uTorrent is one of the best torrent clients for Windows, MacOS and also for the popular and most widely used mobile operating system Android as well. It is simple, light and extremely efficient in downloading files distributed by the P2P BiTorrent protocol.

However, adding this new store to the uTorrent client is really a big deal and not only that even it is an amazing feature as well. But, here’s the strange thing is about this incorporation of the new feature is that it was introduced without any public announcements.

But, apart from all these things now many of you might be curious to know that how this new feature works.

uTorrent has introduced a Game Store in its popular torrent client. The store offers a variety of multi-platform games that users can purchase within the uTorrent itself. Although it looks promising, it is disappointing to find that we can not download our newly acquired games through uTorrent itself. 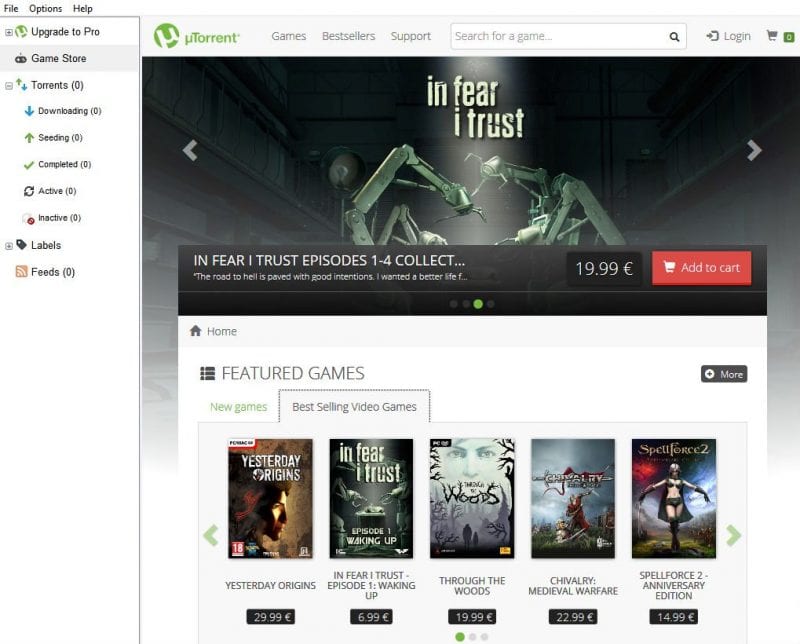 This new feature of uTorrent was introduced silently since there was no release or information on the project site itself as we told earlier. The only reference appears only in the changelog of the application.

This will certainly be an alternative to direct advertising to monetize this torrent client. After purchasing a game through the uTorrent store, we are simply forwarded to the Steam platform to activate and obtain our purchase.

So, what do you think about this new incorporation of Game Store? Simply share your views and thoughts in the comment section below.