Are you watching NFSW portals or websites? Don’t worry, as the tech giant Microsoft’s well-known web browser, of course, Edge may soon automatically turn on the incognito mode. So, it is probably the new upcoming feature of Edge what many people might have secretly wanted for years.

The anonymous way in browsers came to bring to the users an additional layer of privacy, hiding their navigations of strange and curious looks.

If so far this mode had to be enabled by users, but, now the tech giant Microsoft wants to change that and give its browser additional intelligence and give it control over access to anonymous mode.

We have all used anonymous mode or Incognito Mode in a browser, either to hide access to a more strange site or to maintain some of the anonymity that we did not get in the normal version of our favourite browser.

This is a way that can have several functions, all adapted to the desire of the users, but it requires a manual intervention of users, both to activate it and to end it. A new Microsoft patent wants to change that and automate the process of launching this mode.

According to the description of this patent, Microsoft’s Edge browser may detect access to a site identified as being to be accessed in anonymous mode and this, without any intervention, will switch to anonymous mode, protecting the user, and returning to normal mode whenever you access other sites. 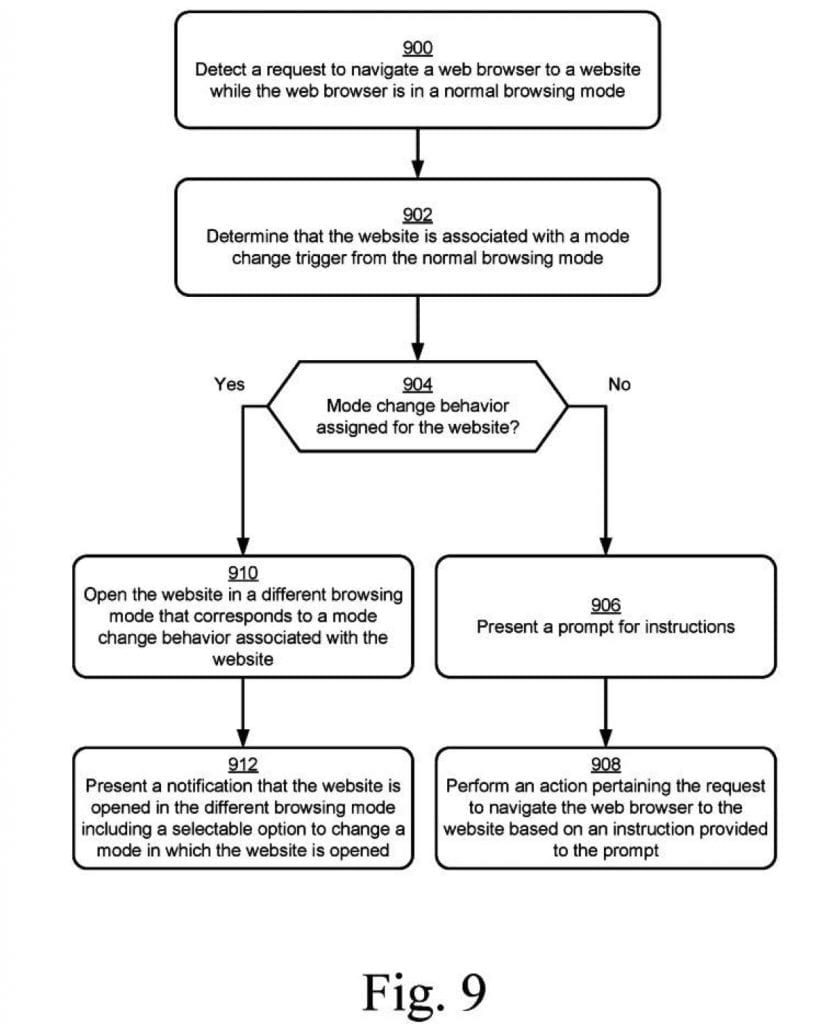 It ends up not being clear in the description of the patent how it will be made the detection of the sites in which the anonymous mode should be used nor how it is fed the same list.

This can be controlled by the tech giant Microsoft or simply be fed by users, being stored individually in the browser itself, ensuring the privacy of each user.

This is still just an idea and a patent, having no idea when it will be implemented on Edge or if it will ever come to a practical application. The tech giant Microsoft thus guarantees you an idea that only it can exploit in its browser.