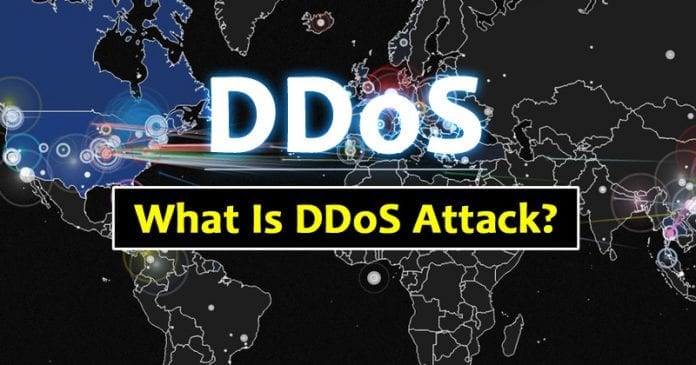 Distributed denial of service or DDoS for short tries to make an online website unavailable by overwhelming it with unwanted traffic from multiple computers. To carry out the DDoS attacks, hackers mostly tries to spread malicious files to vulnerable computers through infected emails and attachments.

Contents show
What is a Distributed Denial-of-Service (DDoS) attack? How does it work?
So, what is DDoS Attack & How it works?
Why Hackers Choose DDoS attacks?

What is a Distributed Denial-of-Service (DDoS) attack? How does it work?

Very often we hear about the DDoS attack – Distributed Denial of Service. A DDoS attack is one of the most common attacks that the internet world faces very often. In fact, the previous year had seen tremendous growth in such attacks. However, do you know how DDoS attack works?

Well, in this article we are going to discuss all DDoS attacks. DDoS attacks are one of the well-known and widely used forms of cyber attacks. The cyber attack can temporarily stop victims from accessing the system and network resources, radically disrupting internet services.

So, what is DDoS Attack & How it works?

Distributed denial of service or DDoS for short tries to make an online website unavailable by overwhelming it with unwanted traffic from multiple computers. To carry out the DDoS attacks, hackers mostly tries to spread malicious files to vulnerable computers through infected emails and attachments.

So, the first step to carry out a successful DDoS attack is to create a network of infected computers by spreading malicious emails and software. The network of infected systems is known as botnets. After being infected, these botnets could be controlled remotely by the hackers.

After getting the full control over the botnet, it was then used to flood a certain site with traffic so much that the website overloads and network ceases to work, taking the site offline. Now, these botnets are sold on the deep web to carry out DDoS attacks. One of the famous and most destructive botnets is known as Mirai which houses over 380,000 botnets.

Well, DDoS attacks are mostly used by hackers because it can take down websites of all sizes, from heavy-duty enterprises to smaller. The motives for the attacks can be varied, however, revenge is often a motive in these cases.

On some worst situation, attackers might also demand money to stop the DDoS attack. The most important reason why hackers mostly choose DDoS attacks is that botnets can be sold and DDoS attacks are also one of the simplest forms of cyber attack to carry out.

For more information, you can also take a look at the infographic shared below. The infographic is created by an Ireland-based security firm known as Barricade. The infographic can help you to clear all your doubts regarding DDoS attacks and how it works.

So, what do you think about the DDoS attack? Share your views in the comments.