Whatsapp is finally releasing the global audio player for the desktop app. Before the update, the desktop users can pause and resume the voice player remaining in the same chat window.

With the latest update on the desktop app, the users can shuffle between the chats while listening to the voice messages. They can switch between chats and can also listen to voice notes. 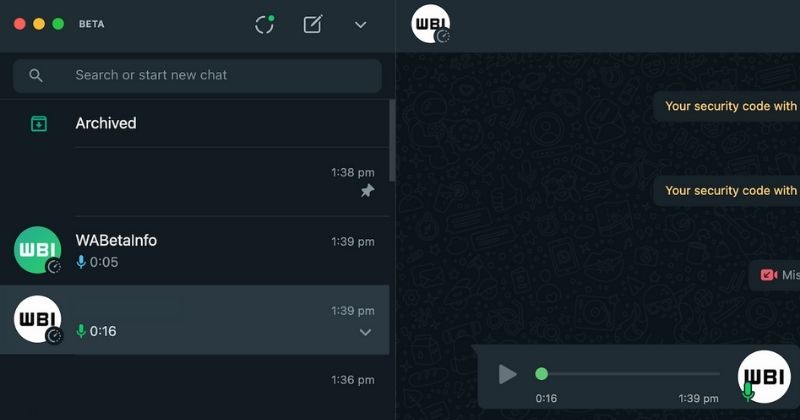 The global voice note feature is now rolling out in beta version; soon, it will be available for the public desktop app. With this update, users will easily control the chat and voice player without switching back to chat.

With this feature, users can listen to voice messages anywhere in the app, even if you are playing something or have opened another chat window.

The screenshots shared by WABetaInfo shows that we can play voice note and, at the same time, can switch to a different chat. The app will not stop playing the voice note, instead, a new audio player bar will be shown at the bottom of your chats list.

At present, the feature is available to all beta testers, so if you want to try it out now, make sure you are using the latest Whatsapp desktop beta.