Earlier, Whatsapp rolled out migrating chat history features from iOS to Samsung and Pixel phones. The CEO, Cathcart, has announced that soon Whatsapp will get a new feature that will let you transfer your chats from Android to iOS.

At present, you can move your chat history from iOS to selected Samsung and Pixel phones. Soon, the feature will be available on all Android 12 phones. 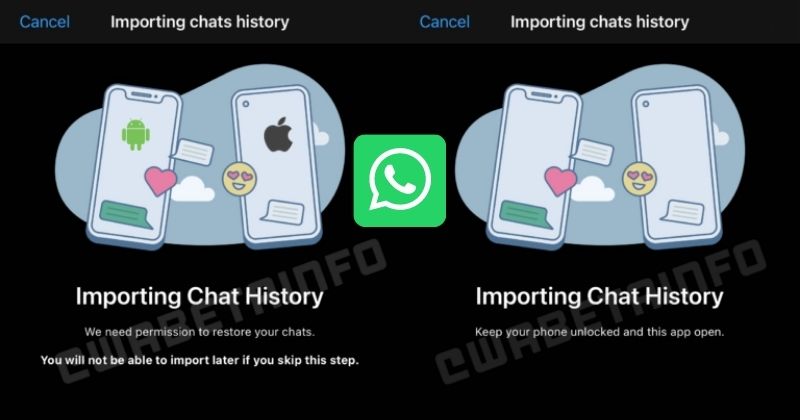 If you switch to a new Operating system, you lose all your old chats. This was a big issue for everyone who wanted to switch to a different OS. But now, things have changed as iOS users can move their chats to selected devices.

As per the latest updates, Whatsapp tests the Android to iOS chat migration feature. This new feature was spotted on the Beta version of Android 2.21.20.11.

However, the feature is not yet available as it is currently under development. Also, the new experience is now available to beta testers. It is expected that the feature will be available in the future update.

To transfer the chat history, users might need to connect their Android phones with new iOS devices with the help of Type-C-to-Lightning cable.