Whatsapp has introduced a new feature called “Joinable calls” that lets the users join the calls who missed the group calls. Till now, there was no option to join the ongoing group call. The active members can add members during the group voice or video calls.

Earlier the feature was spotted on the beta versions of both Android and iOS. Whatsapp has confirmed that the feature is arriving for all the users. If the user missed the group call, there would be an option of “Tap to Join” to join the group call. 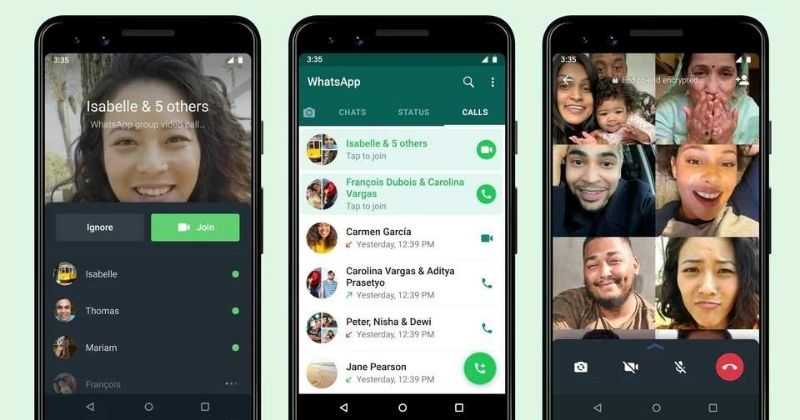 The joinable calls feature is out for everyone. Moreover, Whatsapp has also confirmed that the new feature will not affect the security and privacy of end-to-end encryption. This new feature makes it easy to answer group call when you are unable to answer.

How to Join Missed Group Call on Whatsapp?

Whatsapp Joinable calls feature is out for both Android and iOS, but the company has not specified the version so, if you haven’t received the feature, wait for some time.

This new feature is similar to Google Meet, Zoom, and Microsoft Teams. It has the ability to drop off calls and rejoin them anytime till the call is ongoing.