Meta-owned Whatsapp is working on multiple features that will be rolled out this year. Few of the features are now available for beta testers and will be out soon for everyone.

One of the latest features is Whatsapp Voice Message Player, which allows the users to continue to listen to their voice messages even if they open another chat. With this, the voice messages will be played in the background so that users listen to it directly from the chats screen of the app.

However, this feature is now available for beta testing for iOS users. The feature is still under development, and there are no words on when it will come for Android.

WhatsApp Voice Notes Will Be Played in Background 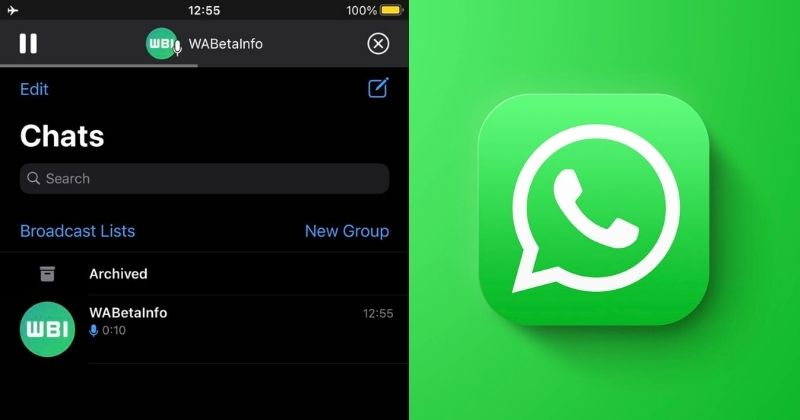 According to the reports on WABetaInfo, the iOS beta Whatsapp version 22.1.72 has received the global voice message player. However, a few of the beta testers have reported about it on Twitter.

Voice Message player will also be rolling out to a few of the beta testers on Whatsapp Business for iOS.

At present, when you play a voice note in the app and go to a different chat, it stops playing. But soon, this will change for everyone as the voice note will be playing in the background.

Once you play a voice note and go to the Whatsapp home screen or a different chat, the voice note player will be seen at the top. There will be a pause, resume, and dismiss options.

It is not known whether the voice note player will work when you switch to a different app or not.

Whatsapp has been working on many new functionalities that are added to voice notes features. Last year in April, the company allowed to change the playback speed of voice notes.