The safely remove hardware icon that appears once we eject pen drives is very familiar to all Windows users. However, do you know what exactly does it means? Do you really need to eject your pen drive every time safely? In this article, we are going to write an explainer article where we will discuss every circumstance that users can face if they don’t use the USB Eject option.

Ever Wondered Why We Need To ‘Safely Remove’ USB Devices?

Well, if you have been using Windows operating system for a while, then you might be well aware of the error which you get after removing the pen drives. Well, the safely remove hardware icon that appears once we eject pen drives is very familiar to all Windows users. However, do you know what exactly does it means? Do you really need to eject your pen drive every time safely? 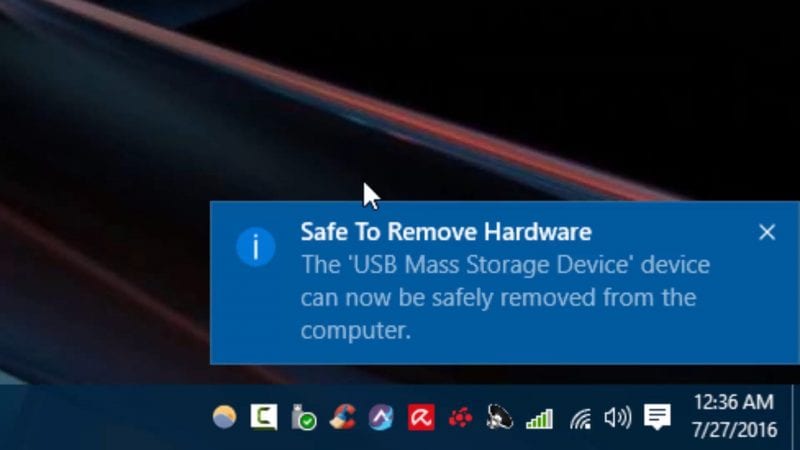 Just think for a moment that your friend had asked you to eject a pen drive in the middle of transferring some data, you’d simply refuse to do so because it might corrupt the data that’s being written on the USB Flash drive.

However, the risk of data corruption is also there when your USB Drive isn’t in active use. This is all because of the write caching process that’s used by most of the operating system. The information is not immediately written to the USB Drive, and some of the information is also meant to be stored in your computer’s RAM.

So, when any user gives a copy command, the operating system waits for a wide number of requests to fulfill the command. So, it’s absolutely possible to corrupt some data if you choose to remove a USB Drive abruptly.

The behavior is more usual in Linux and MacOS. But, things work differently when it comes to the Windows operating system. Usually, Microsoft’s OS automatically disables the write cache feature for the removable drives. The write caching feature helps to improve the system performance. However, the same functionality might also lead to data loss or corruption in case of outage or equipment failure.

But the Windows operating system automatically disables the Write Caching feature on the removable device. You can check the feature by going through Device Manager > Disk Drives > Name of the Drive > Properties > Policies. Under the policies, you will see two option ‘Quick Removal (Default)’ and ‘Better Performance’.

So, if you choose the Quick Removable option, then you can disconnect the USB flash drive without using the Safely remove hardware notification icon. However, on MAC and Linux, users get no option to remove the write caching feature, and it uses the same functionality on almost all drives for better performance.

So, should we manually eject your USB Drives?

Yes and always! If you are using Windows operating system, then there are most probable chances that you might not see the Safely Remove hardware error. However, Microsoft hasn’t given a clear statement on how things work if we disable the write caching feature. So, there might be some different process going on in the background which can cause data loss or corruption.

So, as a precaution, you should always manually eject all your connected USB drive. If possible make this a habit no matter whatever OS you are using. So, what’s your opinion on this? Share your views in the comments.