We all know very well that file sharing is something that users tend to use every day. The fastest and most efficient forms are not always used, much because of the operating systems and the lack of ways to make these shares. However, now the tech giant Microsoft’s Windows 10 to get AirDrom-Like file sharing feature.

Microsoft Windows 10 To Get This Extraordinary New Feature

File sharing is something that users tend to use every day. The fastest and most efficient forms are not always used, much because of the operating systems and the lack of ways to make these shares.

Windows 10 is preparing to soon have a way to make this process easier for users, with Near Share natively, which will allow file sharing automatically.

For some years the tech giant Apple has made available in iOS and macOS AirDrop, which allows any Apple ecosystem equipment to receive and send files using only a wifi network. With a simple drag of a file to the desired device, this process happens almost automatically.

Now, with the arrival of the Insider build 17035, Windows has Near Share, which will have similar features, but with a fundamental difference. Near Share does not use Wi-Fi networks, but Bluetooth for detection and communication, forcing proximity to equipment.

The process is similar, and not only files can be transferred directly from the file manager, but also from other applications that are prepared to do so. The tech giant Microsoft already has Photos of the system running on Microsoft Edge and even File Explorer ready to use this new feature. 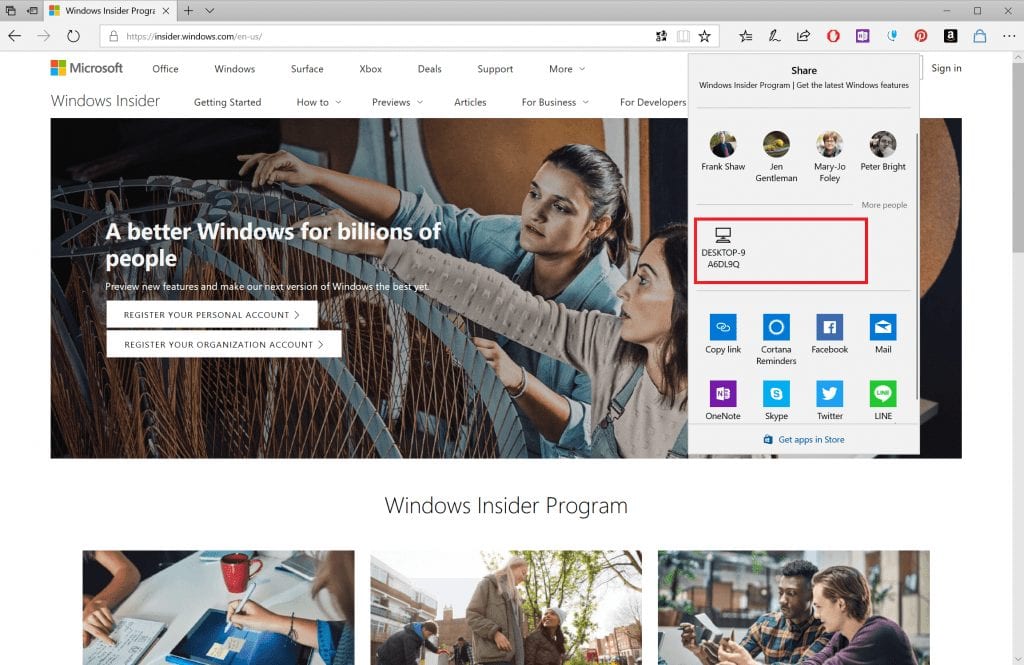 Using Near Share will be a simple process. Just have Near Share active on both machines, something that will be done in the notification zone, and look for the sharing button in the application. In the case of File Explorer, this option will be in the context menu.

Next will be presented the list of the neighboring equipment and that can use the Near Share, and the chosen one should be chosen. A notification will be shown on the receiver side and if it is accepted the transfer will happen automatically.

With Near Share, the tech giant Microsoft intends to facilitate a process that for many works with sharing a USB stick or sending an email, always with the limitations and potential problems that this entails. The novelty is expected to come with next year when Microsoft releases the next major update of Windows 10.