Microsoft has decided that it wanted to integrate Windows 10 with as many operating systems as possible and has as its main focus Android. In addition to all the integration already made with Cortana, now the tech giant Microsoft introduced a new feature that will allow you to transfer Internet browsing between Android and your PC.

The tech giant Microsoft has decided that it wanted to integrate Windows 10 with as many operating systems as possible and has as its main focus Android. In addition to all the integration already made with Cortana, now comes a new feature that will allow you to transfer Internet browsing between Android and your PC.

This new addition came with the latest Insider build that the tech giant Microsoft released recently which allows you to interconnect Android and Windows 10 in a way that has not yet been possible. They will be able to transfer the websites that are browsing your Android to Windows 10, with a simple sharing.

This is not yet the Timeline, which we know to stay away from the Fall Creator Update, but it is the continuation of the integration of Windows 10 with Android, which started with the synchronization of notifications with Windows 10 and later advanced with the notification of incoming calls on Android.

How to enable this new feature in Windows 10

To activate this new feature, you must have the latest Insider build installed (Build 16251) and access the settings. There you will find the new Phone option, where they will configure your smartphone to be in sync with Windows 10. 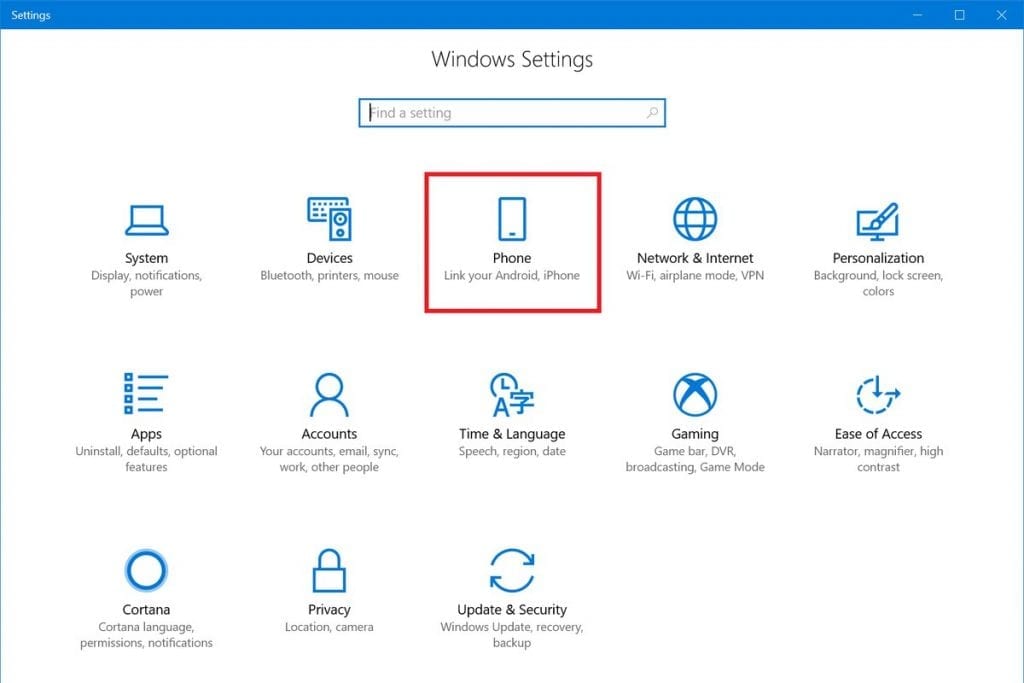 At the end of this process, a message will be sent with a link to download and install an app on Android to allow sharing and synchronization.

Using the Android side

On the side of your Android smartphone, you need to install this app and configure it with the same account they are using in Windows 10. From there you can share the site you are browsing. Go to the share and look for the “Continue on PC” option. Two possibilities will be given: “Continue now” or “Continue later”. 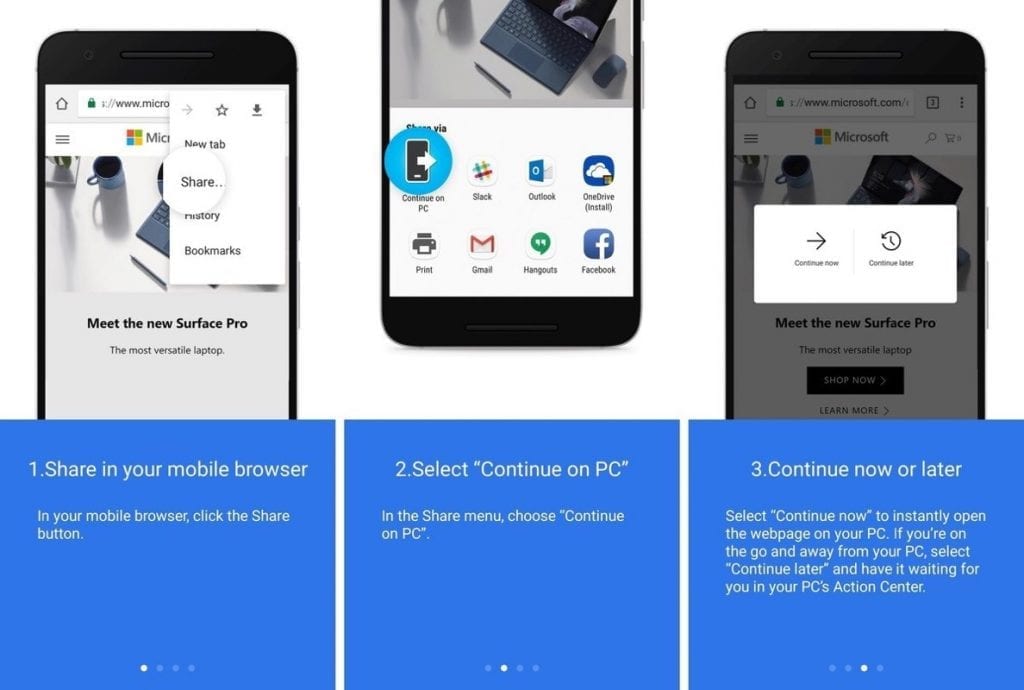 For now this novelty still only works with Android smartphones, but the tech giant Microsoft hopes to have the iPhone version available soon. It is thus opened another door of Windows 10 to the Android world, which with a simple sharing can transmit work or play between devices.

So, what do you think about this awesome new feature introduced by the tech giant Microsoft? Simply share your views and thoughts in the comment section below.