For several months, it was expected that the tech giant Microsoft’s new operating system could surpass Windows 7 and take the lead in the operating system market. If in several places this was already a concrete scenario, at the global level this was still a situation to be achieved.

The latest StatCounter data now shows that it was in January that Windows 10 finally managed to overtake Windows 7. The gap is still narrow but already visible. 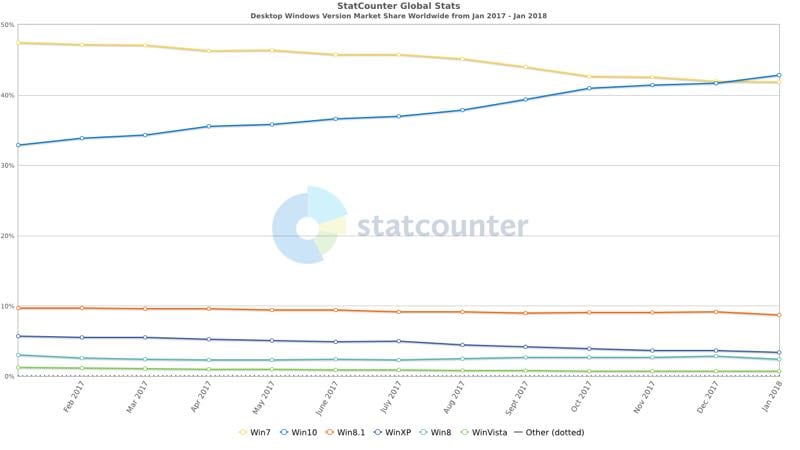 Contrary to what we can see in the global market, in India the new system of the tech giant Microsoft has managed to achieve its top position and continues to grow sustainably. 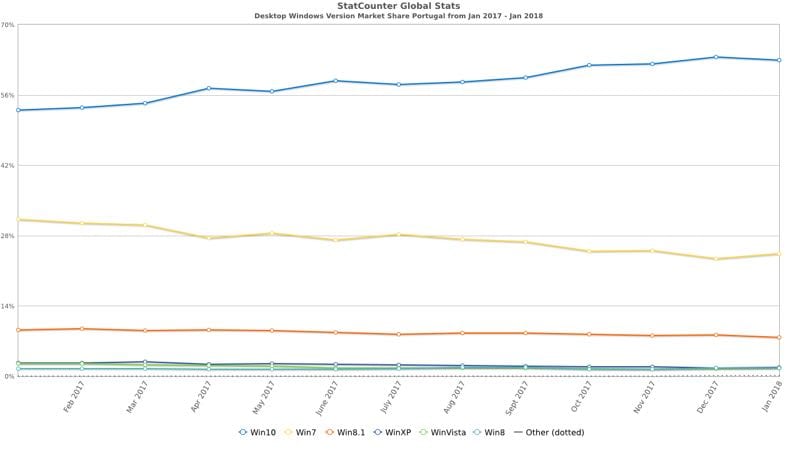 The conquest of the first place happened in April of 2016, having from that height continued to grow. In January Windows 10 had 62.9% of market share and Windows 7 was already far, with 24.36%.

It is likely that other statistics show a slightly different reality, but the truth is that this is a move that will not stop and the growth of Windows 10 will continue, leaving Windows 7 behind.