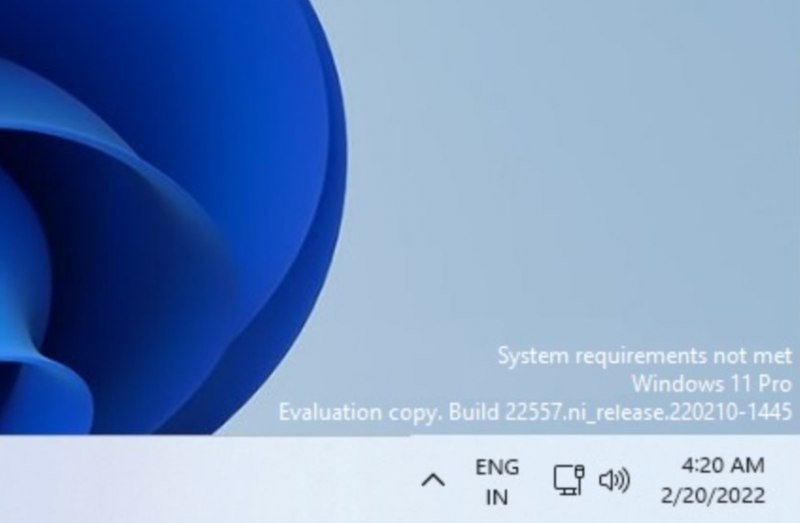 Windows 11 running on unsupported hardware now shows a new watermark at the bottom-right corner of their screen. The new desktop watermark will state, “System requirement not met. Go to Settings to learn more.”

Last week, Microsoft released Windows 11 build 22000.588 to beta testers with a new dark taskbar and other improvements. But, Microsoft did not mention the “system requirement watermark” in its official patch notes.

May some who have unsupported hardware get to start seeing this watermark already. The update is currently available in the Release Preview Channel. The full release may roll out some days for windows 11 users.

Microsoft Will Detect Your Unsupported Hardware for Windows 11

This watermark is very similar to the unactivated windows watermark, which Microsoft used to restrict features like dark mode, personalization settings, and themes. But this time, it is to alert you no report mentions that this feature will limit any part.

This watermark takes you to the settings app’s system option, where again you can see the same warning if the ‘system requirements not met’ with Learn More link, which takes you to support documentation on Microsoft’s website.

Microsoft is also reportedly planning to roll out wallpaper stickers for Windows 11 users. The stickers are said to provide users with a new way to personalize PCs as per their liking.