Contents show
Windows Defender Can Now Block Government Spyware On Windows 10
It is distributed in Word, but it is a government spyware to spy on Windows users

The tech giant Microsoft has long been emphasizing the additional security that Windows Defender offers in its Windows 10 operating system as opposed to previous versions. Now Redmond’s company ‘integrates’ its own IT security solution, although we can continue to resort to third-party antivirus, as in previous operating systems. And this time they have brought to light a specific case: government espionage, which was resolved by Windows Defender to protect Windows 10 users.

The Redmond company, of course, the tech giant Microsoft has brought to light that during the past year its integrated computer security solution, Windows Defender, faced Wingbird. This form of malware, also known as FinFisher and FinSpy is actually a spyware used by governments and based on ‘complex tactics’ for evasion regarding antivirus protection.

In addition, it also has its own system focused on preventing it from being captured by security researchers. But Windows Defender was able to detect it and avoid affecting users of Windows 10, as explained by the tech giant Microsoft. 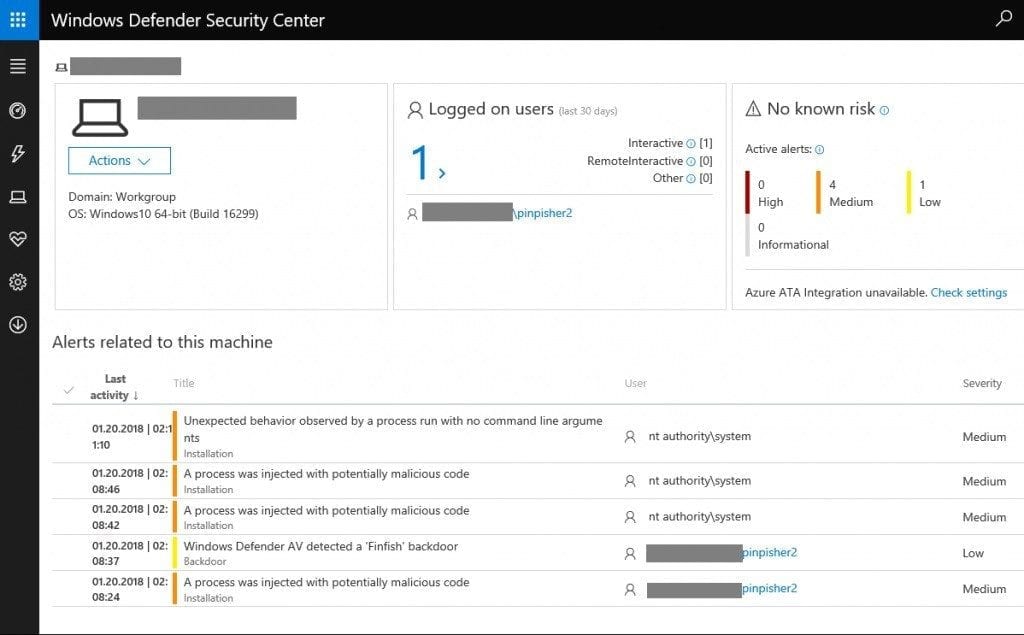 It is distributed in Word, but it is a government spyware to spy on Windows users

The tech giant Microsoft could, with Windows Defender, thwart the attack in Windows 10. They have made public a technical analysis of this malware threat, and they explain that Word documents are the most common way to spread FinFisher.

Hence, Redmond’s company does not go into detail about how the attack was foiled, but they do assure that Windows 10 users were protected thanks to the security solutions incorporated in the operating system; that is, with Windows Defender. They also explain that Windows 10 S users do not even have to be afraid of this type of attack because the Win32 software does not act on their devices.

And once again it has been reminded that, in the face of these types of threats, Windows 7 users are not protected by Windows Defender. Although they could make use of a third-party antivirus and have the same or better protection, by default the operating system does not have integrated security. Hence the interest of Microsoft in remembering that Windows 10 is more secure, and putting a real example of a government spyware that was recently detected.