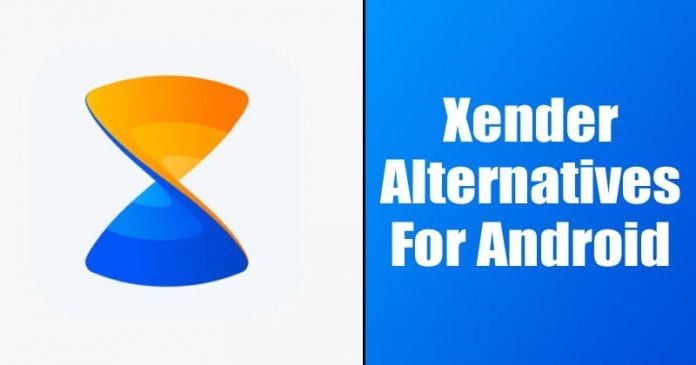 A few years ago, the Government of India banned 59 apps from Chinese Companies as potential threats to national security. Some of the popular apps that India has banned are TikTok, ShareiT, Xender, UC Browser, etc.

All these apps were popular and were regularly used by the users. So, a sudden ban might leave most of the users hanging. On techviral, we have already shared most of the banned apps like ShareIt Alternatives, TikTok alternatives, etc.

Today, we will share some of the best Alternatives of Xender. Xender is one of the leading file-sharing apps available on the Play Store. But, due to the ban, the app might stop working soon. So, it’s wise to install its alternatives as soon as possible.

All of these apps can be used to share files between devices. So, let’s check out the best Xender alternatives. 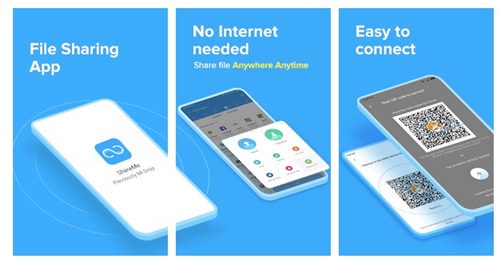 ShareMe from Xiaomi is one of the leading file transfer utilities available for Android smartphones. Like every other file transfer app, ShareMe also relies on WiFi to transfer or share files at a higher speed.

It also offers a few other useful file transfer features such as resuming the interrupted transfers, sending large files, etc. Overall, ShareMe is a great Xender alternative that you can use today. 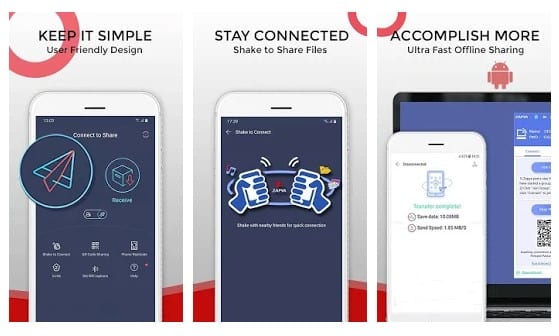 If you are searching for an Android file transfer app that supports transfers across iOS, Android, and other platforms, Zapya might be the best pick.

Like Xender, Zapya also includes creating groups and inviting others to join. Once joined, users can share files over WiFi. 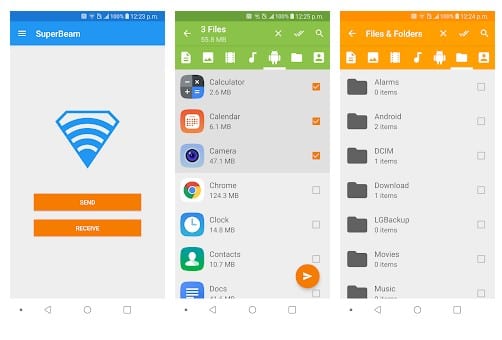 If you are searching for the easiest, fastest, and most secure ways to share files between your device, then look no other than SuperBeam.

It supports blazing-fast transfer speed using WiFi direct. Apart from that, the app also got an option to pair devices using NFC or QR code scanning. 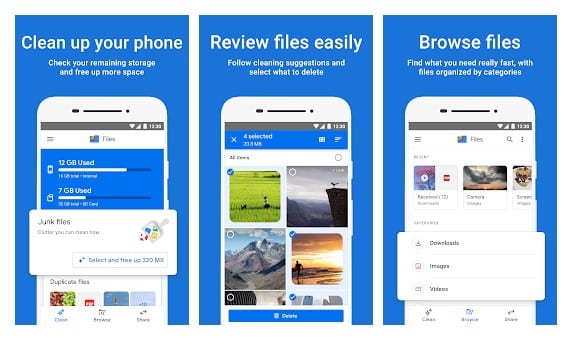 Files by Google is basically a file manager app for Android that also comes with file transfer functionality. With Files by Google, you can share files offline at a superfast speed of up to 480 Mbps.

The app allows you to share photos, videos, documents, or apps with others nearby who also have the app. Apart from that, Files by Google also supports other features such as encrypted file sharing, backup files to the cloud, storage management features, and more. 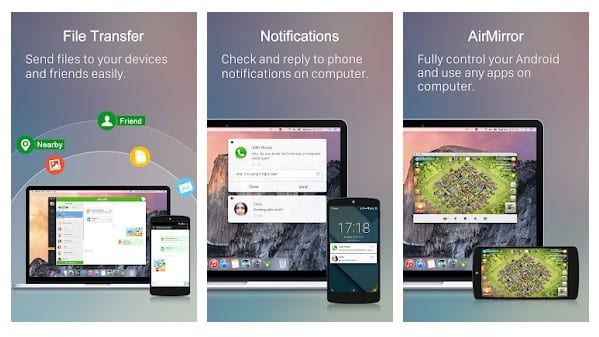 AirDroid is another best Xender alternative on the list, which can be used to transfer all kinds of files across different platforms like Windows, Mac, Linux, Android, and iOS.

The good thing is that AirDroid allows you to access and manage your Android from the PC platform. Once connected to a PC, you will receive calls, SMS, and app notifications right on the desktop. 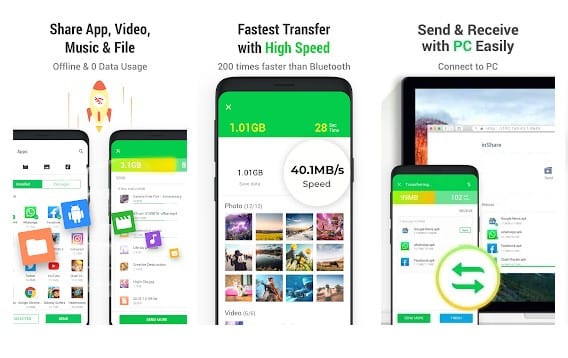 Compared to Xender, inShare has a much faster file sharing speed. With inShare, you can easily share photos, videos, music, Apk files across multiple Android devices.

It also has a smart replication feature that can be used to transfer data from an old phone to a new one. 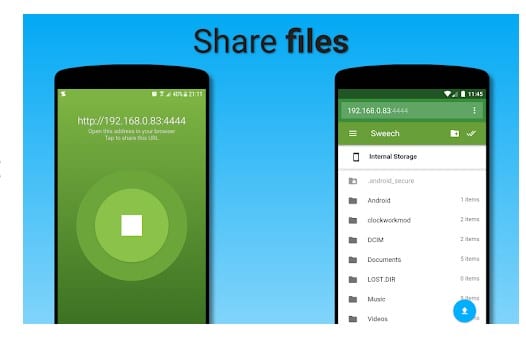 If you are searching for an easy-to-use Android app that lets you exchange files easily with any computer, tablet, or smartphone, then Sweech might be the best pick for you.

With Sweet, you can easily share files across WiFi. The app is compatible with PC, Mac, Android, iPhone, iPad, Windows, etc. 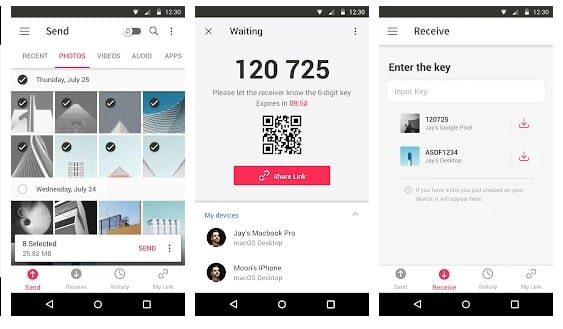 It’s another best Xender alternative on the list, allowing users to securely send files of any size. Since it lets you transfer files via WiFi directly, the file transferring speed is faster than Xender. It also lets you share files with multiple people at once via a link. 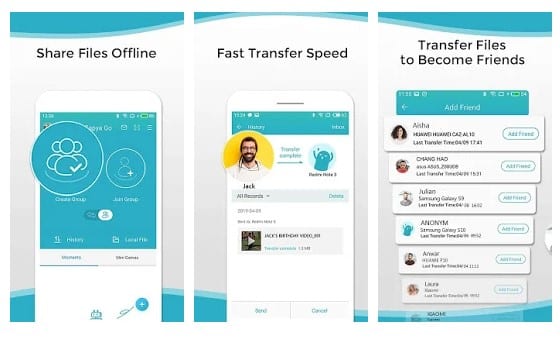 This one is much superior to Xender when it comes to the feature. It’s a private social platform that lets you stay in touch with your close friends without compromising privacy.

Along with offline file sharing, Zapya Go also has encrypted chat features. On this app, you need to create/join groups to share or receive files. 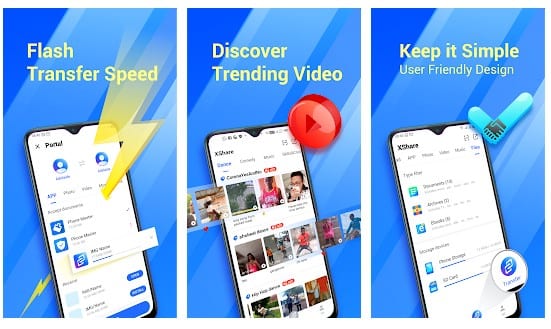 This is another best Android file transfer app on the list which uses WiFi to transfer files within Android devices.

As per the Play Store listing, XShare is almost 200 times faster than Bluetooth. With this app, you can share music, videos, photos, data files, etc.

So, these are the ten best Xender alternatives for Android. With these apps, you can send files to other Android devices with super fast speed. If you use any other app to share files between devices, let us know in the comment box below.