We all know very well that the problem of performance loss always appears in smartphones over the years. However, now according to the latest analysis, old Apple iPhones do slow down, but it is not the actual issue what you always think.

Here’s The Reason Why Apple Slows Down Older iPhones

As soon as a new iPhone is taken out of the box, the performance impresses: everything is fairly fluid, applications load quickly and any game runs smoothly like butter. However, two years later, it seems it gets slower. Did iOS get heavier? Or is it just the wrong impression? In fact, the tech giant Apple actually slows down the processors of iPhones over time.

The subject caught the attention on Reddit last week. The user TeckFire claimed that his iPhone 6s seemed slower than the brother’s iPhone 6 Plus, which did not make sense considering the more powerful hardware of the first. After running a few tests, he discovered that his battery had 20% loss and decided to change the part.

The result: the Geekbench benchmark score has almost doubled. Before replacing the component, the Apple A9 processor of the iPhone 6s reached 1466 in single-core and 2512 in multi-core points. With the new battery, the application went on to show 2526 and 4456 points, respectively.

But was not it an isolated case? No. Primate Labs, head of the Geekbench, published on Monday some graphs to show the frequency of benchmark scores. The numbers indicate that, from iOS 10.2.2 (on the iPhone 6s) and iOS 11.2.0 (on the iPhone 7), there are some peak spikes, suggesting that the tech giant Apple purposely slows down the speed of the processor by software.

In the case of the iPhone 6s, everything seems normal in iOS 10.2.0. There is a single peak in the processor core score, indicating that almost all devices reach approximately 2500 points:- 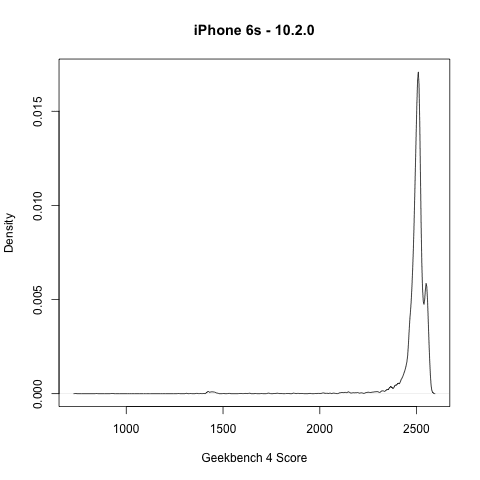 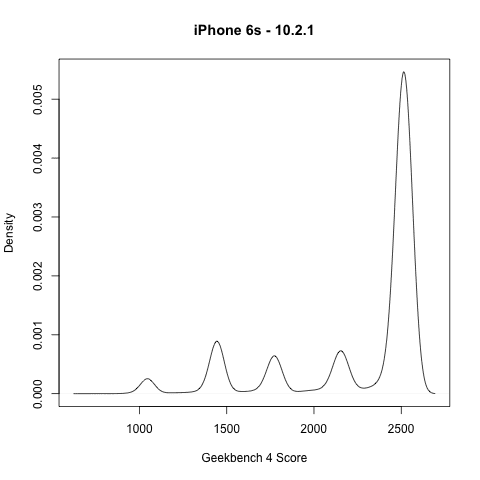 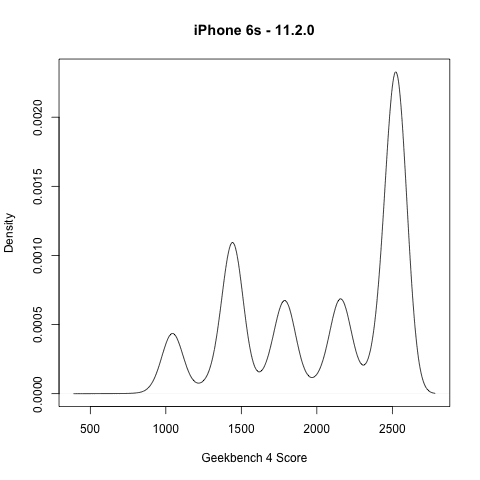 The same behaviour is present in iPhone 7, but not in the same version. Up to iOS 11.1.1.2, everything looks normal, with almost every device reaching 3500 points when using a single core of the Apple A10 Fusion chip:- 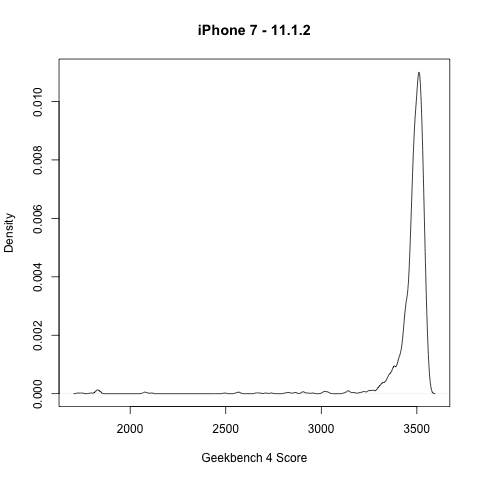 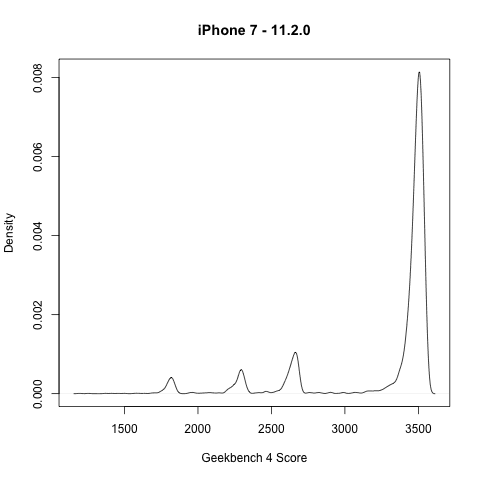 The tech giant Apple has not yet officially commented on the case. Primate Labs says that the problem appears to be widespread and worsens according to the age of the device. The theory is that the tech giant Apple has developed a feature that limits processor performance as the battery wears off, preventing the device from turning itself off – a famous problem of the iPhone 6s.

The reason is that as the battery wears out, the voltage supplied by the component becomes smaller. Under certain conditions, the processor consumes more power than the battery is able to supply, which causes the machine to shut down unexpectedly. So the solution was to limit the consumption (and hence the performance) of the chip.

But of course, this leads to the issue of programmed obsolescence: purposeful reduction of performance causes users to ask if they should buy a new iPhone (not a new battery) when the device is slowed down. So you already know: if your smartphone is giving a few slips, a battery replacement can solve the problem.