There are billions of users who spend time on Youtube to watch the latest music video, movies and much more. However, now to enhance the user experience the most popular video platform YouTube is about to get an extraordinary new feature.

YouTube Is About To Get This Extraordinary New Feature

YouTube has made several changes to its platform and mobile application for iOS and Android, each update represents the good work that has been achieved. On the other hand, the users are happy, since now it is not focused on just watching videos because over time it wants to look more like a social network, but multimedia; In this case videos.

Next, we will tell you about a move that the most popular video platform YouTube would be about to make and will come to provide us with complete values of the broadcast of a video in real time.

Now, it may be possible to know how many people are watching a YouTube video at the same time, a feature that so far was not intended. Also, it is a function that looks a lot like the count of a live video but now directed to any video that is uploaded on the platform. 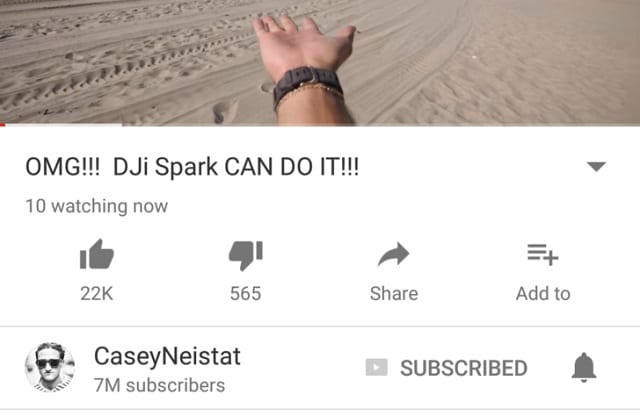 At the moment, the most popular video platform YouTube is testing the new feature as indicated by Androidpolice. The advantages of this new implementation are several since users will be able to collect this data and analyze a content management as well as, the moderators of visual contents, among other things.

The amount will be displayed under the title, without hiding necessary information. A very interesting feature that surely the majority of users will like and more when we are at a time that the content on YouTube impacts both in society.

In addition, it is a movement in its majority so that the creators better study the impact of a video on a monthly, weekly or daily basis and, to be able to manage better all the generated product. At the moment, the tech giant Google has not announced about it, but surely the new feature will gradually come to each of us.

So, what do you think about this new extraordinary feature? Simply share your views and thoughts in the comment section below.