The free video-sharing giant website YouTube is currently examining an instant messaging feature in its mobile app so that the user can share and present videos without shifting to other ways to connect with their friends and family.

According to the reports, the new feature is currently being offered only to a small group of users who have the YouTube app installed on an Apple iPhone or device running on Google’s Android operating system.

Youtube Introduces The New Chat Feature For Its Mobile App

But, these users can invite their friends to try out the messaging feature. Friends can talk about the YouTube video right inside the YouTube mobile app and can reply with another video or via text, photos, and emojis. So, we can expect the new chat features in YouTube’s next app update only if everything goes fine. 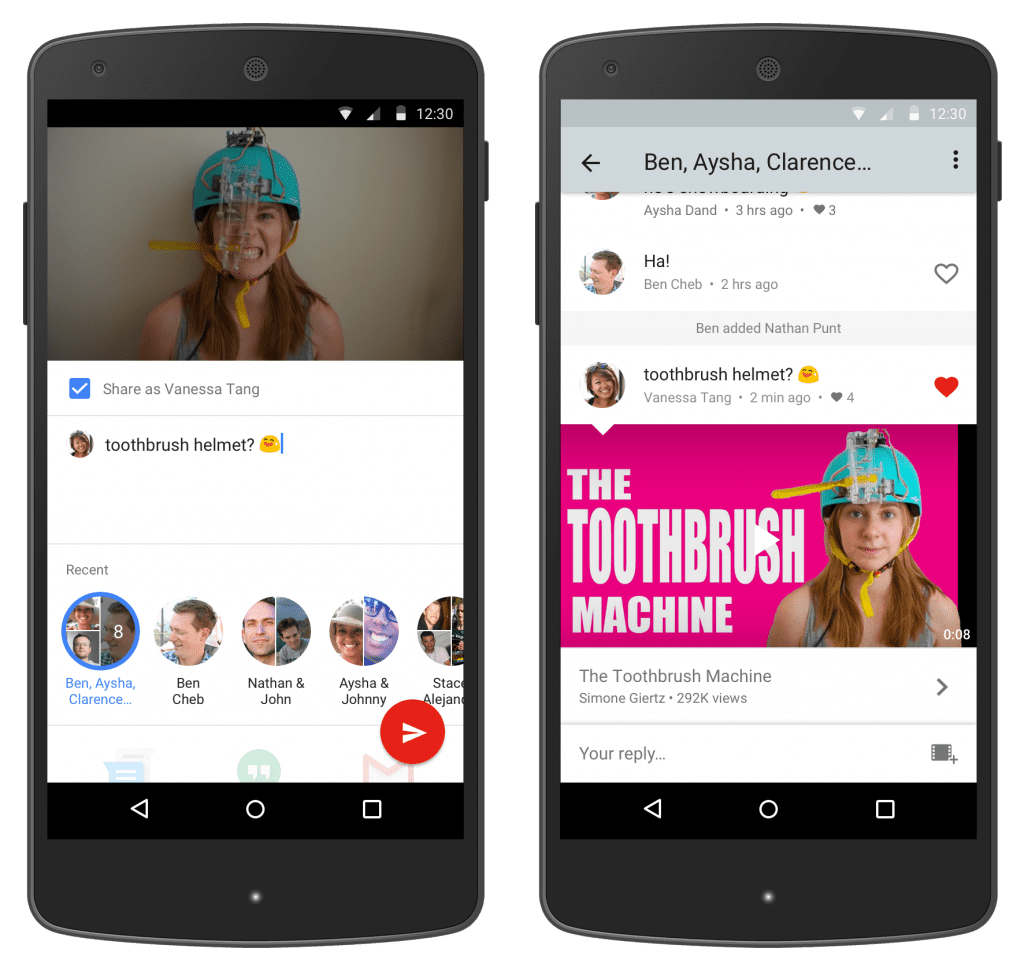 The director of product management at YouTube, Shimrit Ben-Yair, says that the “feature was developed after her team hypothesized that a streamlined, native way to share YouTube videos would result in more sharing—which is exactly what YouTube wants”.

Also added that “The average YouTube viewing session on a mobile device is 40 minutes which reaches more 18 to 49-year old than any cable network in the US—that’s counting YouTube mobile alone, and it’s still by far the clear leader in the internet video, with billion-plus users consuming videos rapidly on the site. But the social media giant Facebook and Snapchat are aggressively chasing YouTube’s audience, and even Amazon jumped into the fray”.

Hence, the users need not copy and paste the links of videos in any third-party apps or instant messaging services to share with their friends and family.