Finally, all Android users can now play videos on YouTube in 4K quality. At present, Android users were not having an option of 4k support as it has 1080p or Full HD content. However, now the app has rolled out the option of watching any content in 2160p or 4k.

Contents show
Now Android Users can Stream Videos in 4k on YouTube
How to Play 4K Videos on YouTube on Android?

Now Android Users can Stream Videos in 4k on YouTube 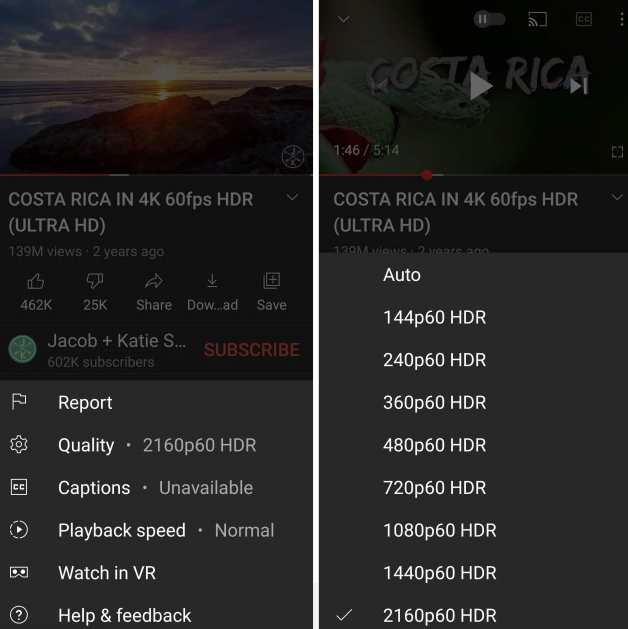 For Android users, Google had set the resolution to 144p, even if the user uploads the video in 4k, no one was able to stream it in 4K. However, the 4k support feature is already available on iOS.

As per the latest reports, Google is adding a new streaming option on Android. So, all the phones that have support for 1080p or 720o will be allowed to watch content in higher resolutions of up to 4k and HDR. All the iOS devices got HDR in 2019 and the support for 4k rolled out with iOS 14.

How to Play 4K Videos on YouTube on Android?

If you want to play any video in 4k on YouTube then you must have a stable internet connection. As 4K is the highest resolution offered by YouTube and it needs fast internet. Most of the Reddit users have claimed that they are have seen the option of 4k to watch content on YouTube.

You can check on your phone, whether you have received this feature or not. Open the YouTube app on your device and click on the cogwheel icon below the video, select the quality and see the resolutions, and select 2160p to stream content in 4k. All the Google Pixel devices including Pixel 4a and Pixel 5 can stream 4k videos.

A Reddit user posted a screenshot of the Youtube app having an option of 2160p. One of the users said,

“YouTube is sending you the amount of data needed to stream 4k. As a result, the image will look sharper/have higher fidelity, even on a 1080 or 720p screen with a smaller resolution. Though it’s probably very hard to tell the difference on a small phone screen.”

The new feature is a server-side update and it works on 15.05.35 version of the YouTube app.