YouTube Shorts is getting a new feature, “Green Screen,” that allows creators to remix the videos. The company announced a new feature is rolling out for iOS users.

This update lets creators use the 60-second video from any eligible Youtube video or shorts for their new original shorts video. Recently, the company added the CUT feature for remixing the videos with short clips.

Currently, plenty of other effects are available to YouTube Shorts creators, including a Lightning feature, Align, Retouch, and more. 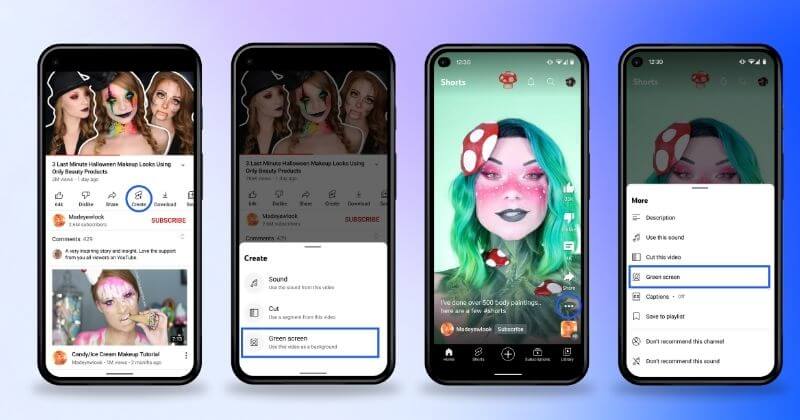 Google on Wednesday announced the new Green Screen feature to iOS users. It is confirmed that the feature will be coming to Android in the coming months.

A spokesperson said, “Our priority is bringing the best experience to our creators as quickly as possible, and sometimes that means we bring particular features to one platform before another.”

How to Use Green Screen Feature on YouTube Shorts?

One can create a remix video using audio + video or video-only if you select to mute the audio. Moreover, you can use Green Screen with any photo or video from your phone’s gallery also. The maximum length is 60 seconds to create a video with Green Screen.

When the new Short video is created with this new Green Screen, it will be assigned back to the original video with a link in the Shorts player.

Also, there is an option for the creators who don’t want their long-form content to be remixed by others. Then can opt-out in YouTube Studio. Google confirmed that the videos which are claimed are not eligible for Green Screen.

The feature is gradually rolling out on the iOS Youtube app. A similar feature is also available on TikTok, which lets creators comment on and reference each other’s content.