The most popular video streaming platform YouTube is adding the Transcription feature to the Android version of the app. This feature is already available for desktops.

The transcription feature allows you to get access to a particular part of the video without watching the entire video. Currently, this feature is available for a few Android users.

According to the reports by Android Police, Under the video description, there is a new “Transcript” section with the “Show Transcript” button. Once you click on it, a complete transcription of that particular video with timestamps will be shown. 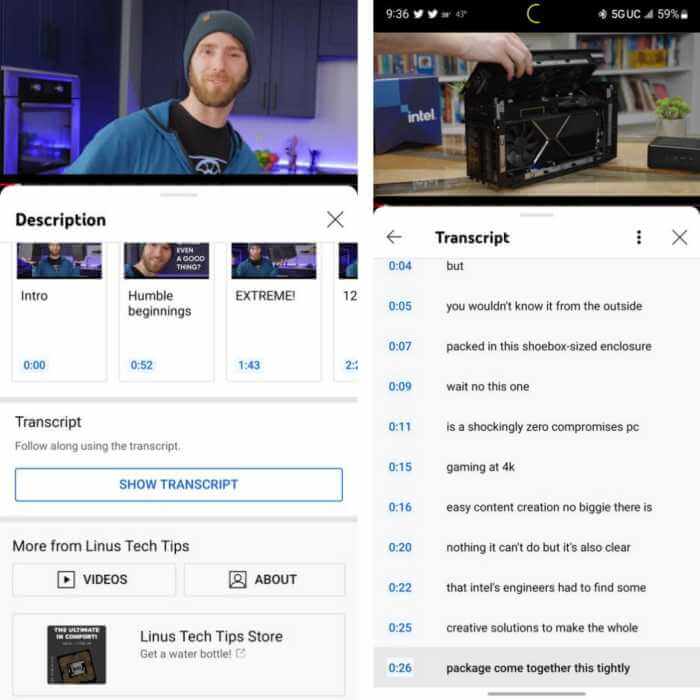 At present, YouTube is testing the Transcription feature for the Android app. The feature looks similar to the desktop version, but on the smartphone, it will be mobile-friendly.

With this feature, you can view the whole transcription of the video. You can also move it to a particular text at a particular timestamp.

Android Police have shared a few screenshots that show you can go through the video transcript by scrolling through the Transcript window or directly jumping to a specific timestamp.

However, now you can’t search a particular part of the video through the transcription line. This is a downside, but at least the app will now allow for transcriptions that can be helpful for long videos, especially.

The transcription feature is rolling out as a server-side update, so everyone will not be able to get it. We expect the feature will be soon out for the general audience and for iOS users also.

Apart from this, YouTube is working on adding Image polls in community posts to the platform. Earlier, the YouTube Android beta channel got an update with a new string related to the upcoming feature. It was about polls featured in a community post, it allows creators to share polls with audiences.