Internet is a Global Network which is connecting millions of computers. According to Internet Stats there are about 2,267,233,742 Internet users throughout the world.

Using the Internet is not restricted to anyone. However there are some rules and regulations that you have to follow while using the Internet. Cyber crimes also increased, if anyone is seen violating rules of Internet, he/she may be put behind the bars. So, see the below activities that can get you arrested.

10 Online Activities That can get you Arrested 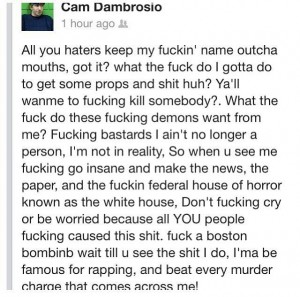 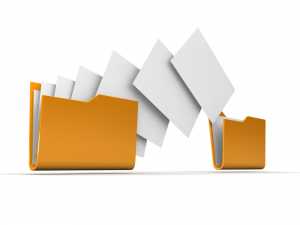 We often share files online. But if software company sues you, you may be put behind the bars. In Japan, several file circulators were arrested. You may know about the arrest of The Pirate Bay (Torrent Site) owners.

As we all know, gambling is banned in some countries in the real world. Similarly online gambling can put you behind the bars if you organize gambling or playing in places where it has been prohibited. Numerous websites were targeted, and also warnings have been issued to various people engaged in Gambling.

American Citizen was put behind the bars after he translated the article on his blog which was termed as “Offensive to the Autocracy” by the authorities. Doing such crime can land you up to 15 years in Jail. Also, in Indonesia, a person was put behind the bars for two years as he posted “God does not Exist” on popular social networking website “Facebook”.

Syria arrests people for leaving Internet Comments. Human Rights Watch reported that in 2007, Syrian authorities arrested two persons, and they were shifted to an unknown place; the reason was these two persons expressed their views online that were censorious of Syria.

#5 Dancing in a Video

In Iran, six people were arrested for dancing in a video to Pharrell Williams Song “Happy”. They received 91 lashes and were sentenced to jail for 1 year. Later, sentences were abolished for three years, so they didn’t spend more time in Jail until they committed this crime again within a few years. In the controversial video, three men and three women were seen dancing on the road and rooftops in Tehran. Also, a youth was jailed in Russia for 15 days, and two women were jailed for ten days after they allegedly danced and made video near a Second World War memorial.

In Ethiopia, using VOIP services like Skype is strictly prohibited. If you are found using Skype, you will be put behind the bars. The New Telecommunications law strictly prohibits VOIP (Voice Over Internet Protocol)  which consist of audio and video communication and transfer of information. We advise you that if you are citizen or tourist of Ethiopia then don’t even dare to use Skype.

Two persons namely Leigh Van Bryan aged 26 and Emily Bunting aged 24 tweeted about their journey “Free this week for a quick gossip/prep before I go and destroy America”. Their passports were seized when they arrived in the US. They were interrogated for about five hours on doubt of committing crimes. These two arrested persons tried to clarify that “Destroying” is a British  slang for “Partying”.

Erasing your search history can put you behind the bars. A person namely David Kernell who was studying at the University of Tennessee was sentenced for deleting information on his computer. Federal Investigators alleged him for hacking the Yahoo Account of America’s vice presidential candidate, Sarah Palin.

Keeping your WiFi Open and not keeping it password protected can put you behind the bars. Some persons may use your WiFi to download or access prohibited content. A person namely Barry Covert’s WiFi was open, and his neighbor used it to access child pornography. Later, Police recovered no child pornography on Barry’s Computer and arrested his 25-year-old neighbor. Keeping your WiFi open may create many problems, so it is better to password protect it.

So, you now came to know about the restrictions of using the Internet. If you have more stories about the activities that can get you arrested, you are welcomed to post them in below comment section.