Google will introduce new technology in the Google Search engine and the Google Now application for Android and Apple users. Google Voice search function has been remodeled with advanced technology so that Google can understand and decode complex questions quicker than ever.

In today’s era, technology is rolling very fast, and people need more comfort with their lifestyles. After Siri and Cortana, Google will relaunch and modify its old personal assistant “Google Now”. We have to admit it; the voice search makes very delayed, and sometimes unable to understand the queries that the users are asking to find out, but, unfortunately, it lays downs now it wouldn’t happen.

Google has made many changes to the overall application and the web. The Voice Search modification can now understand the user’s intention to search for what they want… 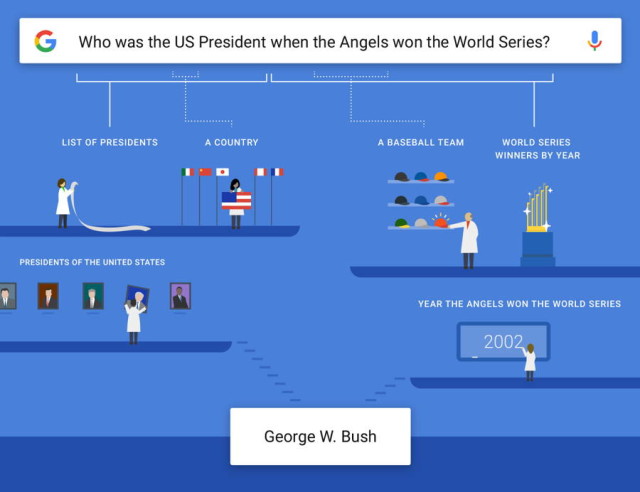 We can’t say wrong about our Google, which we love the most; the wrong saying are we have trouble using commands in voice search, and sometimes users mispronounce the whole sentence.

In every country, people’s language is different; Russian, China, Germany, France, Brazil, and India have different tough-to-pronounce English, and the listening is also different for Google Voice Search, making it harder to catch.

In 2008, Google launched Voice Search for its customers and users, which is only available for Google Web. Later it was announced for Android and Apple iOS smartphones. Now suppose any users need to search for something important from Google; Google will only require the person, place, or the things the users want to know.

To get answers, you should have to question the accurate question just like the meaning full question as ‘Barack Obama’? the whole Wikipedia will display or if you need another search as ‘Powerful Man In the World’ the answers will come with an accuracy of the same question asked.

The overall review says that Google Now can answer even more complex questions than what users have asked in the past.