We all know very well that when the subject is image editing tool, there is a great chance that Photoshop will be the first name to come to our mind, right? Of course, Adobe programs are so popular that they have become almost synonymous with this type of task. However, according to the latest reports, the well-known American multinational computer software company, of course, Adobe is using this new AI to spot photoshopped photos in seconds.

Adobe Using This AI To Spot Photoshopped Photos In Seconds

When the subject is image editing tool, there is a great chance that Photoshop will be the first name to come to our mind, right? Of course, Adobe programs are so popular that they have become almost synonymous with this type of task.

Despite this, the company does not want to be overlooked with those who use its tools to deceive others. A study released recently, simply indicates how the company intends to use artificial intelligence to detect photos that have been manipulated.

The solution created is able to identify in seconds whether someone has added, replicated, or removed elements from an image. To do this, it analyzes the traces that are left when a photo is modified.

“Each of these techniques tends to leave some evidence, such as strong contrast edges, deliberately softened areas or different noise patterns,” explains Vlad Morariu, the senior research scientist at Adobe.

These clues are not visible to the naked eye but can be identified with in-depth analysis and the application of filters that enhance editing. Artificial intelligence developed by Adobe uses two techniques to analyze images.

The first one modifies the RGB stream, that is, the red, green and blue values of the image, and manages to enhance the manipulation. The second changes the noise flow of the image. Since many cameras have their standards, it is possible to identify when there is something suspicious. 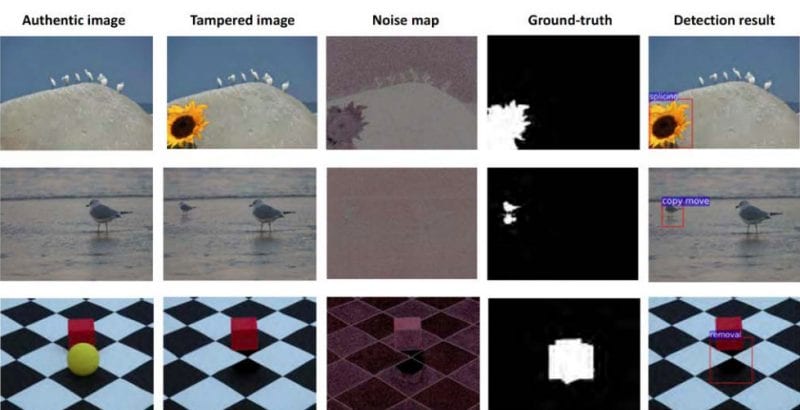 To get the answers, artificial intelligence has been trained with thousands of examples of photos that have been edited. “We have successfully trained a deep learning neural network to recognize the manipulation of images,” says Morariu.

According to him, the algorithms are still being perfected and in the future, they will be able to use other techniques, like the differences of illumination in stretches of the photo.

For Jon Brandt, director of Adobe Research, one of the most important roles the company can play is to “develop technologies that help monitor and verify the authenticity of digital media.”

The solution created by Adobe is not yet expected to be used commercially, but should contribute significantly to digital forensic investigations, which usually take more time to verify whether a photo is true or not.