The new AMD Ryzen 7 gaming processor is the “world’s fastest gaming CPU.” The processor was announced at CES 2022 in January, and now the company has announced its price and sale date.

AMD Ryzen 7 5800X3D chip is mainly for gamers with 3D stacking tech. According to the company, this processor is the fastest gaming processor surpassing the performance of Intel’s Core i9-12900K and Ryzen 9 5900X. 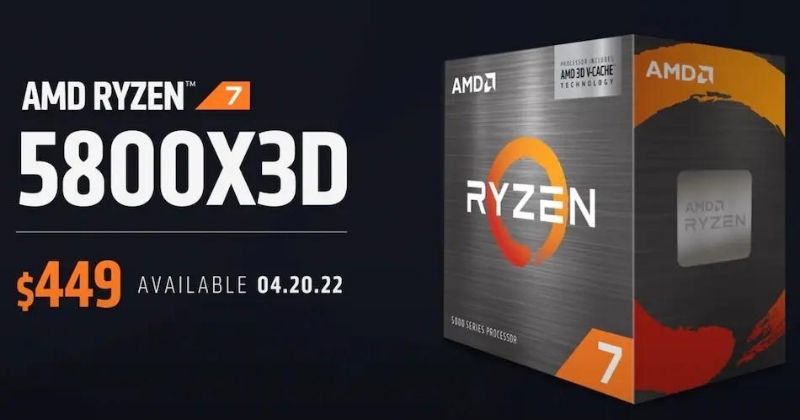 AMD desktop processor will hit the stores next month on 20 April at a price of $449. It is similar to the original Ryzen 7 5800X model with eight cores, 16 threads, and an AM4 socket.

The new processor is claimed to deliver an amazing gaming experience with less CPU core counts.

AMD Ryzen 7 5800X3D offers the new 3D stacking V-cache technology which helps to give an L3 cache of up to 96MB. The cache allows the processor to deliver 15% more gaming performance. However, this new processor contains 12 cores and 24 threads.

Along with the new L3 cache, this processor is based on 7nm process technology and also has Zen 3 core architecture (existing).

AMD has tested the performance of Ryzen 7 5800X3D, on games like Gears 5, Final Fantasy XIV, Shadow of the Tomb Raider, Far Cry 6, and more at full-HD resolution.