Google has officially rolled out its new operating system, Android 12, and is available for download on Google Pixel phones. Currently, the OS is only available for Pixel 3 and above devices. Later this year, Android 12 will be coming to Samsung, OnePlus, Oppo, Realme, Tecno, Vivo, and Xiaomi devices.

Earlier, the new OS Android 12 was available for the developers and selected users only. But now, everyone can use it on compatible devices. Not all Android users have got the update, but soon everyone will get it. 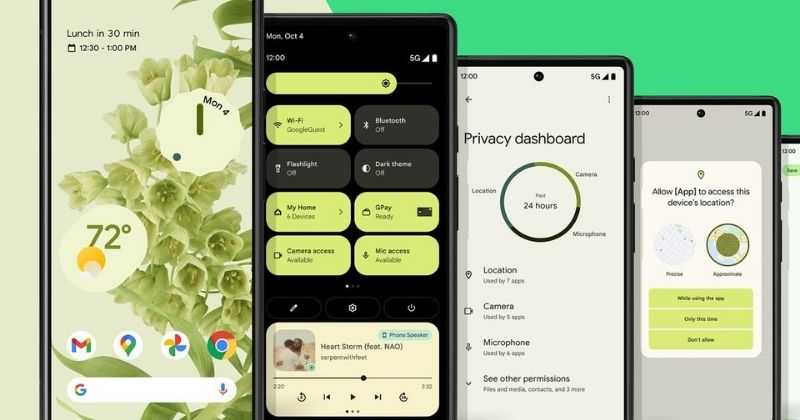 On Tuesday, there was a Google Pixel event where the company has launched the new OS alongside two new smartphones, Google Pixel 6 and Pixel 6 Pro. Both the devices are powered by the Tensor chips, owned by Google.

As Google has officially released Android 12, you can download it on your device for free. The update is out, so all the Pixel users will be notified for updating the OS. You can also do it manually by going to System > Advanced > System update > Check for update.

Here is the list of phones that are compatible with Android 12 OS.

“Today we’re pushing the source to the Android Open Source Project (AOSP) and officially releasing the latest version of Android. Keep an eye out for Android 12 coming to a device near you starting with Pixel in the next few weeks and Samsung Galaxy, OnePlus, Oppo, Realme, Tecno, Vivo, and Xiaomi devices later this year”.

Android 12 brings a new Material You design that lets you go deeper to change the look of the home screen. It is more beautiful than the older versions. There is a tool that lets you coordinate the colors that extend across the app icons, widgets, pull-down menus, and more.

Many of the widgets are updated to a new look. Google said, by the end of October, it will bring refreshed widgets for its first-party apps.