Do you miss those mess of pixels that we used to play in the old 8-bit consoles? If yes, then you are in the right place. As in this article, we will show you the best free Android emulators for retro games that will allow you to play those old games again on your smartphone.

However, you have to make sure that the ROMs (game files) that you will use with these emulators are from games that you have already bought and that you already have.

The ROM download for games that do not belong to you is piracy, and we do not promote this.

Hence, in this article, we will list down some of the best Android emulators for playing retro games. Let’s check out. 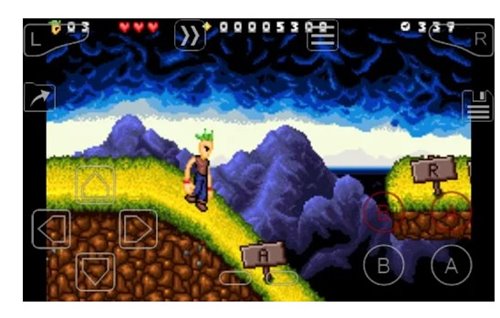 Well, if you are a huge fan of GameBoy Advanced Games, then you will love My Boy! Emulator, for sure. This is the one and only Android emulator available on the Play Store that supports link cable emulation with decent speed.

The emulator for Android has very high game compatibility and runs nearly add games without a problem. 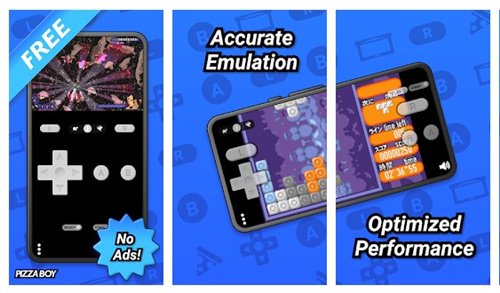 If you are looking for a smooth, light, fast, and battery-friendly Android GBA emulator, then look no other than Pizza Boy. With Pizza Boy, you can enjoy your favorite retro games and never face problems with GBA Roms. 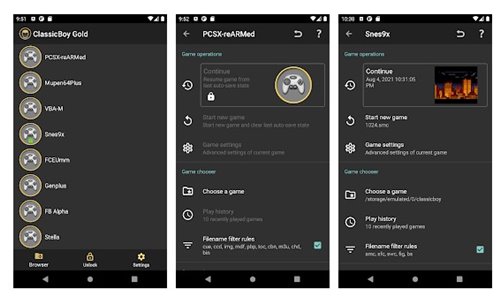 Well, if you are searching for an easy-to-use retro game emulator for your Android device, then ClassicBoy Gold might be the best pick for you. 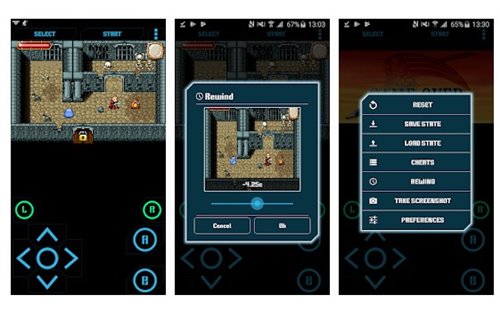 Well, Nostalgia.GBA is one of the best GBA emulators available on the Google Play Store. The GBA emulator is based on mGBA, which is distributed under the terms of the MPL license.

The emulator doesn’t include any game files, so you need to load the games on the emulator manually. The emulator provides you wide range of customization options.

Apart from that, it also has Hardware keyboard support, HID Bluetooth gamepads, and more. 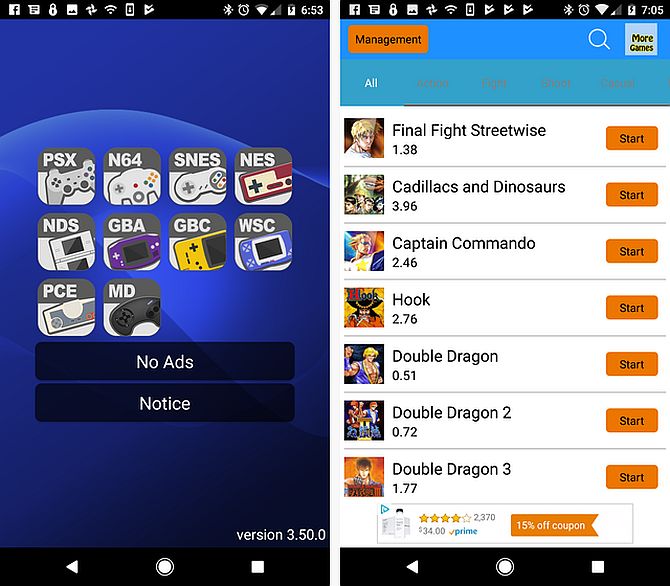 One of the easiest ways to start playing retro games on your Android device is to install an emulator that comes with pre-installed games, and the well-known Arcade Games is one of them.

As in this emulator, you will find old arcade games like Double Dragon, Alien, Blade Master, and Altered Beast; all these games come pre-loaded.

And not only that even you will also find a library of additional games for Playstation, Nintendo, NES, and other platforms that you can download and play. 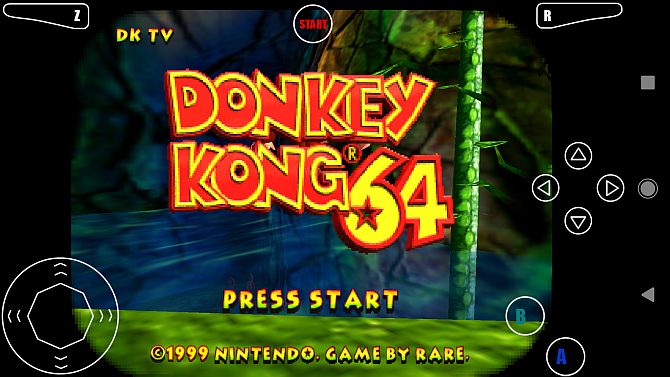 MegaN64 is an emulator with excellent opinion among lovers of Nintendo 64 games, as the MegaN64 is a variation of the Open Source Mupen64Plus emulator. Now, this new version includes lots of improvements in performance and user interface.

The controls are well placed in the lower corners of the screens, so you can play with your thumbs just like you did with the control of the Nintendo64 game in its day. 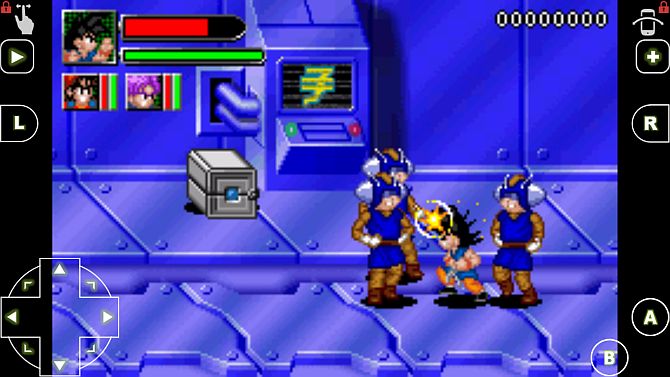 ClassicBoy is very customizable when adjusting the advanced settings of the emulator to work well with our Android device. Even you can also customize the user interface, such as gesture mapping and sensor sensitivity settings.

Moreover, the Classic Boy offers a good level of gameplay thanks to the controls, as all the controls were well placed in the corners of the screen so that the users could experience good gameplay. 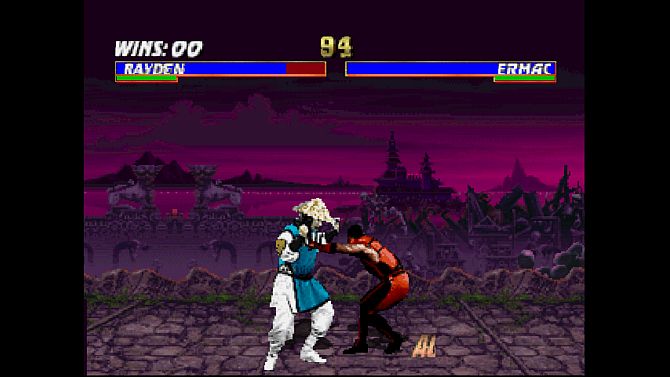 If we talk about the Mupen64Plus for Nintendo64, it is an excellent emulator by itself, highlights its library system where you can see icons of all the games.

But beyond that, there is no significant difference with the MegaN64 emulator when it comes to performance. There are some complex differences in the user interface, but it is not sure whether they will improve the MegaN64.

If the ratings and criticisms of users on Google Play are an indication, then Mupen4Plus is as recommended by users as any other game console emulator available for Android. 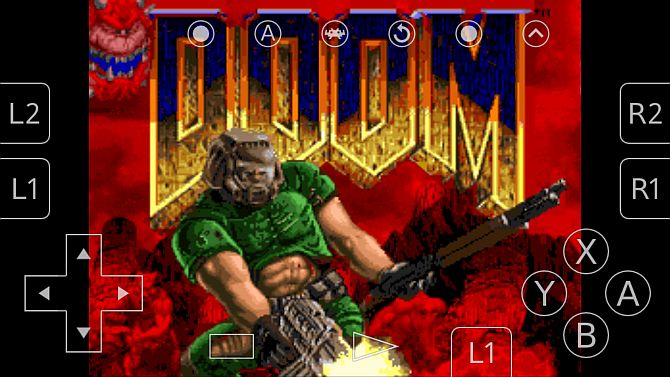 If you want to install an emulator on your Android device, or if you used to be an enthusiastic player of many different consoles, then RetroArch is one of the best options for you. The best part is that it only installs what you need: the emulator allows you to load updates for any console or game engine that you want to emulate.

This includes any game, from Atari and Commodore 64 to any model of Game Boy, PlayStation, or Nintendo. There is also the option to join online gaming sessions as well. If you grew up playing Doom and other FPS games using a keyboard instead of a console controller, it will take you a while to get used to it, but not too much.

This emulator is one of the best options on this list, not for its user interface, but mainly due to the flexibility of playing games on so many consoles on just your Android device. 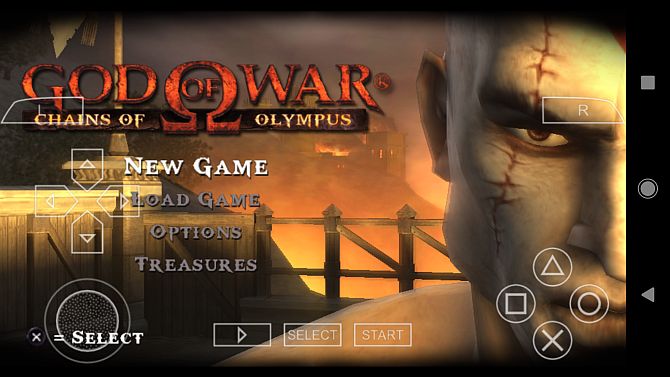 The PlayStation Portable (PSP) was an incredibly popular portable gaming system when it was launched in 2004 by Sony. The configuration and loading of ROMs are easy to manage from the settings menu. The ROM navigation window is a bit difficult at first, but you will not face any trouble finding your ROM files once you get used to it.

If you are a PSP fan, then let me clarify that the well-known emulator PPSSPP is the best emulator that you should install right now on your Android.