The giant chip maker Qualcomm is accused of violating at least eight Apple patents on its Snapdragon 800 and 820 processors, which are used in Samsung and Google Pixel smartphones.

The tech giant Apple and Qualcomm have a contract that specifies that Qualcomm will reimburse Apple with royalties to pay off payments, as noted in court and published in the which process Florian Mueller of FOSSpatents presented as documentation.

In September 2016, Qualcomm stopped making these rebates on Apple’s payments, a move Apple claims to be in retaliation for its cooperation with a South Korean antitrust investigation into Qualcomm’s business practices. 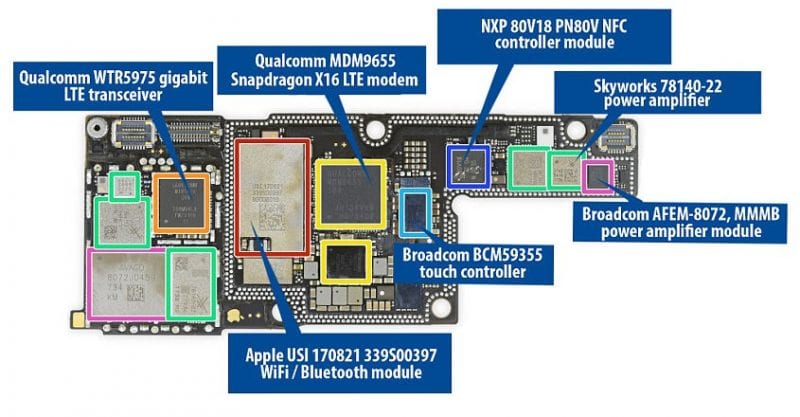 The tech giant Apple then instructed its device manufacturing partners to stop making royalty payments to Qualcomm until the case was settled. Qualcomm has responded with a lawsuit against manufacturers that it has violated its contracts.

In August, Qualcomm filed a motion to force Apple device manufacturing partners to continue to make intellectual property royalties payments while those royalties were being litigated.

According to Reuters, on Wednesday in a statement in the US District Court in San Diego, the tech giant Apple filed its response to Qualcomm’s complaint on its own charges. Apple claims it has at least eight battery life patents that Qualcomm violated.

The patents that Apple claims to be infringing involve ensuring that every part of a phone’s processor extracts only the minimum power required, turning off portions of the processor when they are not needed, thereby allowing the “sleep and wake” functionality to work best.

According to what is being shown, the tech giant Apple began to look for these patents before Qualcomm also sought them and now accuses Apple of infringing them. One interpretation of this would be that Apple was willing to let the infringements slip until Qualcomm made its claims against Apple.

Thus, it seems that Qualcomm is about to find itself on the losing side of this battle against Apple. The FTC described Qualcomm as a monopolist and other technology companies are on Apple’s side. Also, the Taiwan Fair Trading Commission said the same last month.

The tech giant Apple is currently investigating unspecified damages against Qualcomm. What we do not see now are account claims to Samsung or Google.