Apple has finally announced its big event, which is highly expected to launch the long-rumored iPhone 14 series and some other new products too, but it hasn’t confirmed anything about these launches.

This launch event will take place on 7th September as was earlier rumored. This means just two weeks have left in the official reveal of this year’s iPhone. 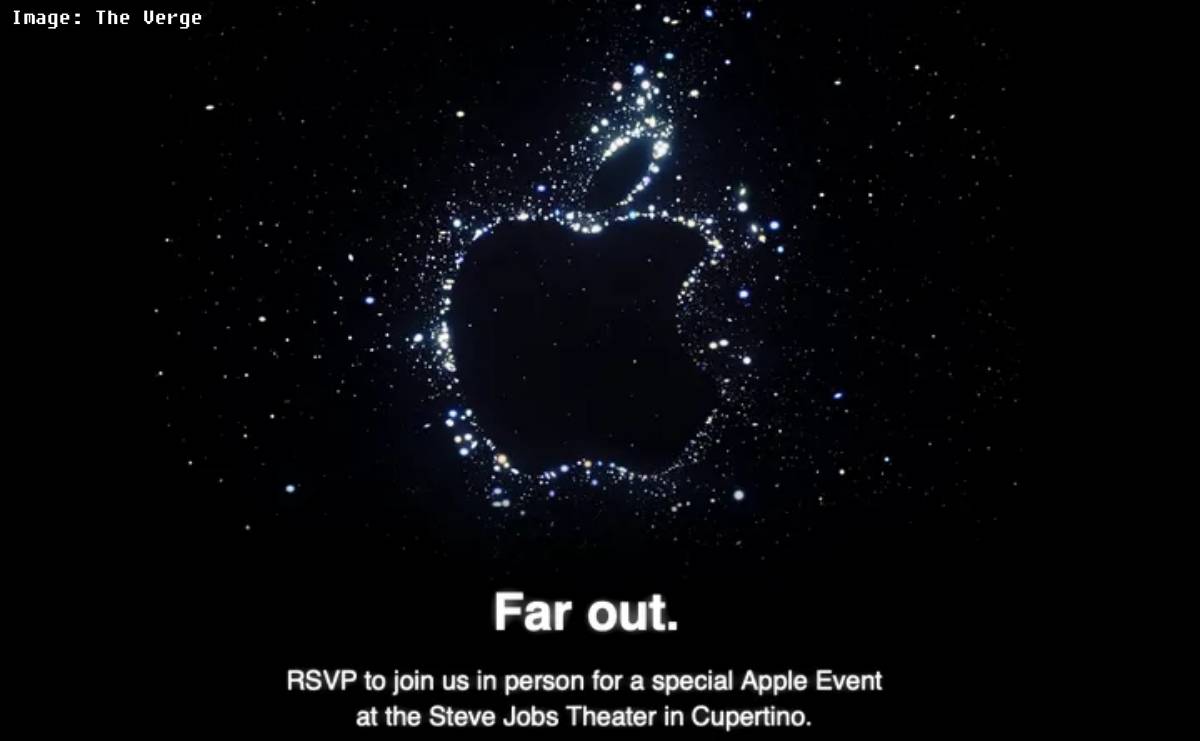 Apple has given a “Far Out” tagline to this event, and it is an in-person event, but for now, Apple has only started sending out invitations to journalists.

As you can see in the announcement images, Apple chooses the Galaxy as the event’s theme while there is no idea what about it.

Besides, Apple will also stream this launch event live on its website, official YouTube channel, and on its own Apple TV app.

This event is taking place at the Steve Jobs Theater at Apple’s Cupertino campus, and the time for this event is 10:00 a.m. Pacific time.

As we already discovered from the leaks, iPhone 14 will arrive in four different models:

Also, Apple is expected to launch Apple Watch Series 8 and its rugged edition.