Regarding the iPhone 8, and given the first weekend, the news regarding sales are not very good for Apple.

“Almost the same on the outside but quite different on the inside” this is the best expression we can use to distinguish the new iPhone 8 from its predecessors. It is true that the iPhone 8/8 Plus did not manage to boom the market, with the typical queues barely even exist, but worse than that is that the new iPhone 8 was the least sold in the first weekend (since 2013).

According to the Localytics study, the share of iPhone 8 sales in the first weekend was only 0.3% while for the larger version, the iPhone 8 Plus, the share of sales was 0.4%. 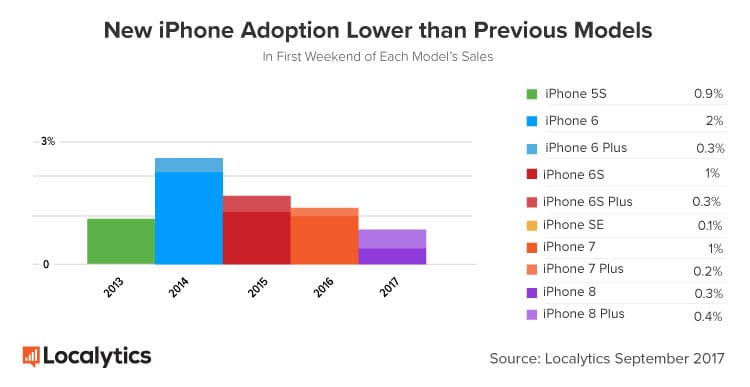 As we know Apple bet strongly on the iPhone X, making it a device different from its predecessors but also more evolved. All this expectation from customers may be influencing the purchase of the iPhone 8, even if it is cheaper than the iPhone X.

In addition to the device, the rate of adoption of iOS has also not been as fast as what happened with iOS 10. According to the consultant, in the first six days of making the company’s mobile operating system available, the adoption rate reached only 22%, the lowest since the launch of iOS 8. 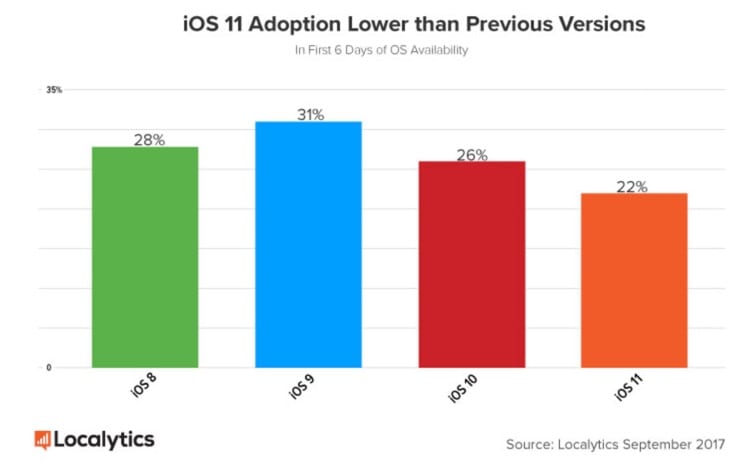 The numbers are not alarming but should serve Apple to reflect on the strategy adopted because the first weekend is always a good indicator. As long as it is not released in the market the iPhone X is also premature to draw any conclusions about the sales of the company’s new Apple device.