We all know very well that how the tech giant Apple brought the revolutionary changes in its flagship device, of course, the iPhone X in terms of design and features. However, now, according to latest reports, the new Apple leak reveals a radical iPhone SE 2.

Yesterday an alleged video of the iPhone SE 2 was leaked on the net that showed the design of the smartphone and its operation in full. Of course, we decided to ignore it completely because the clip “reeked” of fake everywhere. However, it is not the same with the alleged case of the iPhone SE 2 that has just appeared in SlashLeaks.

Much is being talked about the arrival of an iPhone SE 2 in 2019 after the Cupertino brand will leave the mobile fans without the possibility of admiring the new phone during 2017. We still do not have the certainty that this year the tech giant Apple will go to present a new compact smartphone but, of course, the firm does not close the doors to it.

At the beginning of the week, the dates of the celebration of the WWDC of Apple 2019 were known. The event for the company’s developers will take place in San Jose, California on June 4 and 8 of this year. It is possible that these are the dates chosen by the firm to show the world this iPhone SE 2 of which we would now have the first image.

The first image of the iPhone SE 2

Like the video filmed yesterday did not generate enough confidence to dedicate a section, the photo of the iPhone SE 2 case if it looks more real and follows the design line implicit in the first iPhone SE. Of course, there is no trace of the design of the iPhone X that was rumoured this year the tech giant Apple could apply to its 4-inch smartphone. 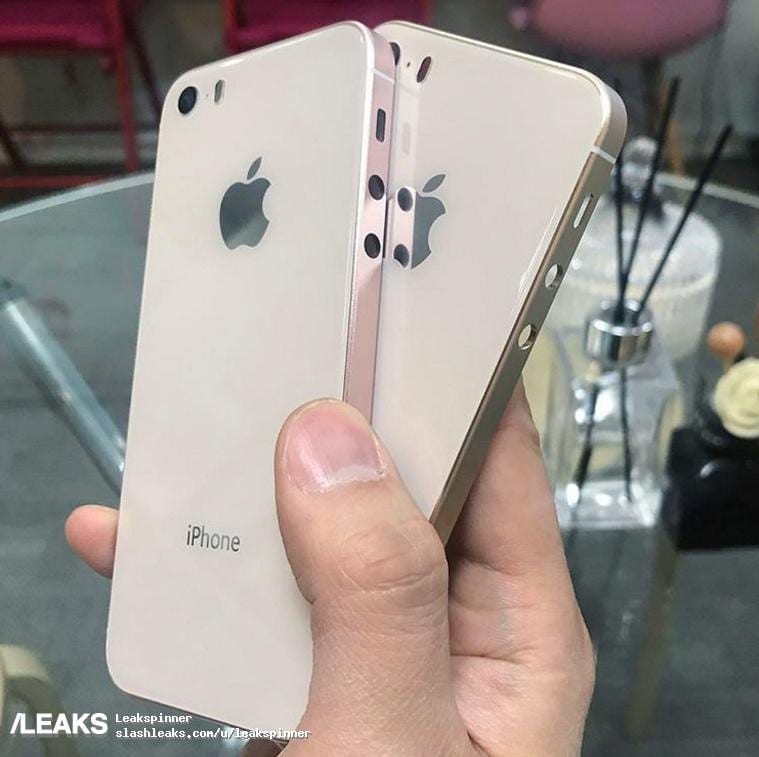 There is no dual camera or defining elements of the high-end Apple, so it is likely that, as happened with the first model of compact iPhone, the smartphone presents interesting improvements at the level of internal hardware, keeping the design seen in the predecessor of this possible iPhone SE 2. Of course, the glass present in this backside advances the same wireless load that other flagships of the brand launched on the market a few months ago.

Unfortunately – or fortunately – photography does not allow us to keep an eye on the front profile of the device, so there are still open doors to the presence of a panel without frames as the top of the brand range, in addition to the inclusion of a TrueDepth camera that allows to use the FACE ID in the company’s smartphone.

We hope that in the next few hours new images of the iPhone SE 2 will appear to confirm or deny the possible characteristics of the Apple smartphone.