Apple may start working on its first foldable device, but it would take years to launch. LG is reportedly working with Apple to develop a foldable OLED panel.

Apple’s first foldable device has been rumored for a long time, but there was no evidence. This time, intel is much more than a rumor and hints that Apple might launch a foldable iPad first.

The reports from ThElec mentioned that LG display would supply 17-inch foldable OLED panels to HP (Hewlett-Packard) for notebooks, and the company is also readying to develop another foldable OLED panel for Apple with ultra-thin glass.

Apple May Launch its First Foldable Device in 2025 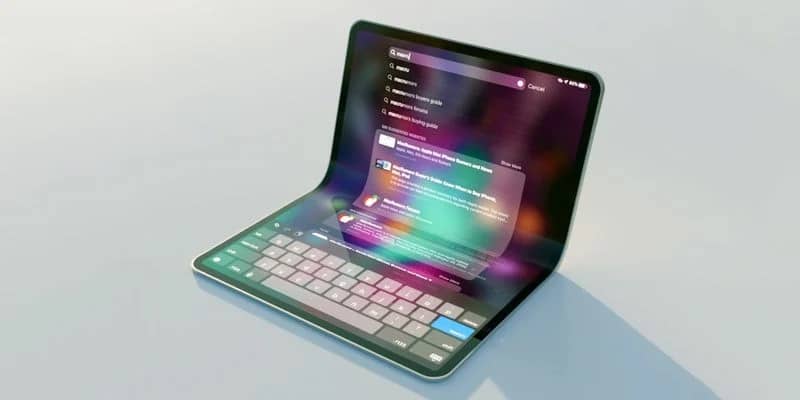 According to ThElec, The panel is being designed for tablets and notebooks. We can assume Apple’s first foldable device would be an iPad that might feature a haptic virtual keyboard that emulates the sense of tactile keys. This could be a combination of iPad-MacBook with foldable ability in a handy size.

I expected Apple to launch a foldable iPhone as soon as 2024 in my reports last year, but now it's clear this prediction needs to be revised. I predict Apple may launch its first foldable product in 2025 at the earliest, which may be a foldable iPad or a hybrid of iPad & iPhone. https://t.co/HGIDPFvdar

Kuo earlier said The foldable device from Apple may launch in 2024, but now he changed his prediction and switched it to 2025. Not only Kuo but also other tipsters are suggesting the same.

Bloomberg’s Mark Gurman also said in his Power On Newsletter that ‘the foldable iPhone might not arrive for another two to three years.

A display analyst Ross Young, who has a track record for being accurate with such tips, suggested that Apple could introduce a foldable iPhone next year. Equally, he added that 2025 is probably the more likely launch year for such a device.

Still, After connecting all the dots, we can expect a foldable from Apple later in three years. Time will be worth it, and we can expect something over the top from Apple.