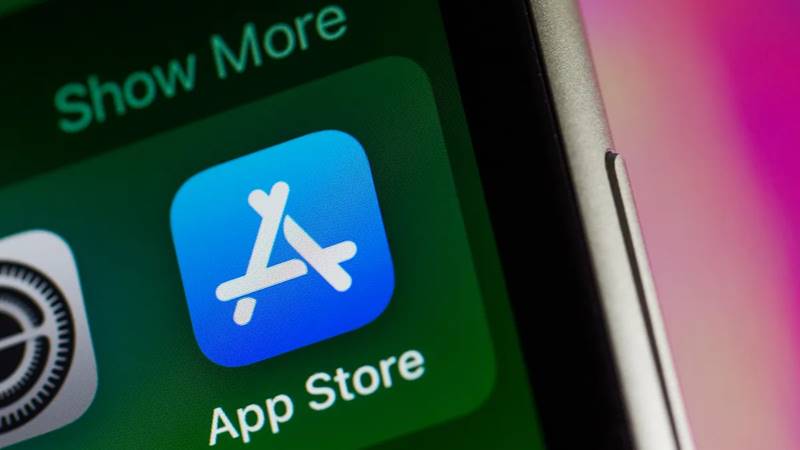 Recently, Some leaks came up that Apple’s next smartwatch might get a camera in its digital crown. 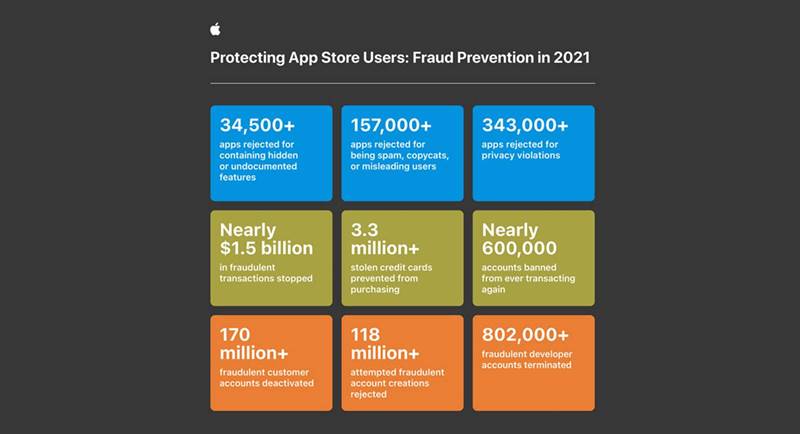 Many apps are published on the App Store and Play Store for the only reason of fraud with users, but App Store seems serious about their user’s protection and also saved users from these kinds of activities.

Like every year’s App Store Fraud Prevention report & stats, Apple has now published a report of last year so let’s delve into details and stats.

Nearly 34,500+ apps have been rejected for keeping the hidden features and any undocumented features. More than 157,000 apps were rejected as spam or copycat apps, so they can’t mislead users.

Apple has terminated around 800,000 developer accounts due to defrauding, and it also rejected 118 million+ fraudulent account creations attempted.

The company deactivated over 170 million scheming customer accounts for spamming activities. While Apple also has a goal to secure users from their main meshes such as defrauding payments.

As Apple highlighted, it has stopped over 3.3 million stolen credit and debit cards that were tried for purchasing something and also banned over 600,000 accounts that were trying the transaction again & again.

But the biggest key in this report is that Apple has stopped $1.5 billion transactions in 2021 that were fraudulent if we compare it to the previous year’s stopped transactions, so it is the same but increases in other stats.

As Apple said, “it will always keep the App Store a safe and trusted place for people to discover and download apps”.

Besides, Apple has also launched its Apple Cash in its Apple Pay with the latest update, iOS 15.5.