Recently, Apple has been reported to include a new body temperature monitoring feature to the Watch Series 8 with a new processor or new sensors.

Apple Watch devices running on watchOS 8.5, which was a big update, but this new update by the beta version seems to feature minor changes. 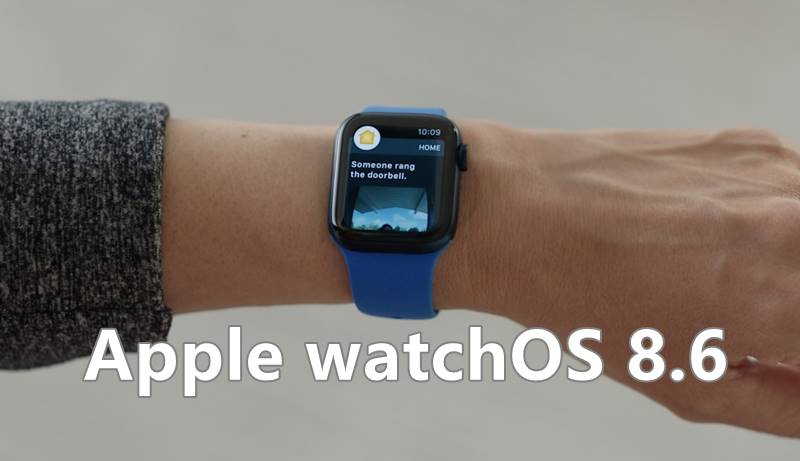 A week ago, Apple released watchOS 8.6 beta 3, which doesn’t have notable changes, but beta 4 was introduced with the build 19T5570a, which contains some features around Apple Pay and Apple Wallet.

Also, these features have a functional connection with iOS 15.5 beta 4 due to integration being detected with its mobile app.

According to 9to5Mac’s report, This beta 4 possesses a new title for Physical Apple Card in wallet settings. Now it is known as the “Titanium Card”. This feature was also spotted in iOS 15.5 beta 4.

A subscription issue is resolved with StoreKit 2 and improvements to the user’s speech recognition of Siri. Apple has also rebranded its Apple Pay as “Apple Cash” in the Messages app.

Mainly, the company has changed the iTunes Pass with a new card, named the “Apple Account Card,” Like other Apple Cards, this card will also be shown in the Wallet app.

Alongside, Apple has also released iPadOS & iOS 15.5 beta 4, which does not contain many new features like watchOS 8.6 beta 4. It also contains only Apple Pay and Apple Wallet functions.

In these updates, Apple is getting more serious about its digital payment system may be due to strict EU new rules and regulations. Recently it was also alerted by the EU regarding it.

As we all after its stable build launch is very near, maybe it will take place in the upcoming 2 weeks.