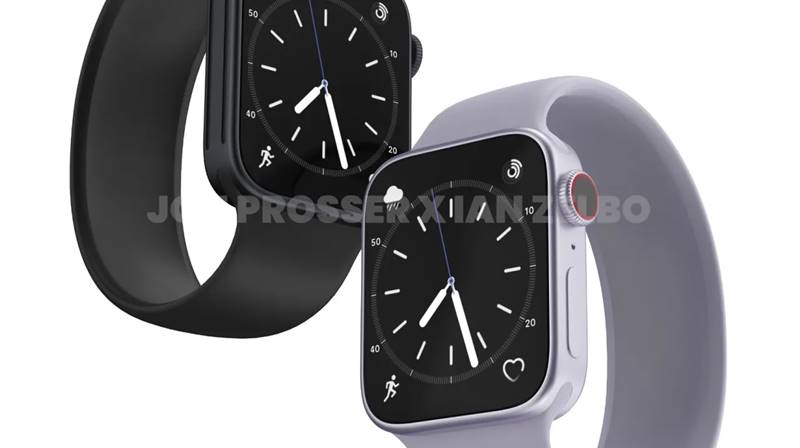 Previously, Apple Watch has been rumored to feature a temperature sensor for its upcoming Watch series 8.

There are around six months to the Apple Watch Series 8 release, but there are already two significant changes and some new models expected, so let’s briefly interpret them.

As we saw earlier, the company has added many new features to the Apple Watch series by series, but it didn’t introduce any changes to its design.

The latest leaks from Jon Prosser & ShrimpApplePro’s tweet have suggested that Apple Watch Series 8 would come with a flat front glass display, so flat edges will replace the curved edge as we saw in iPhone 12 edges.

Heard from source today that there is a flat front glass display for apple watch display. High chance that this is the front glass for the Apple Watch Series 8.
Haven’t heard any on how’s the redesign housing nor which model yet.
illustration image only not real. https://t.co/uC6i22Q0aZ pic.twitter.com/DmWh8FOZGE

ShrimpApplePro firstly presented this with some renders, and then Jon Prosser from the Front Page Tech YouTube channel pointed out this in his video. Notably, both tipsters stated that “this could be the look of a future Watch,” which means they are not confirming this change for Watch Series 8.

Besides, Bloomberg’s Mark Gurman didn’t express this yet, but he stated that this would be one of the most extensive years for the Apple Watch, with up to three models being introduced, including new SE and extreme sports models also.

Now, we can assume this design change to differentiate between this and its other watch series; this main series is also headed to iPhone’s lineup, where after iPhone 11, similar changes have been seen. Last year’s, the company down the assumptions but this time, it can.

The Apple Watch Series 8 is expected to launch in the fall of this year with a new SE, and extreme sports watch.