There are reports that Apple could come up with a new model of iMac that will have a mini-LED screen with ProMotion technology. This model will be known as iMac Pro.

It is not known whether there will be a different screen size or not. Apple might increase the display size from 27-inch to 30-inch or 32-inch.

Apart from this, Apple could bring a new model of Mac Mini very soon; there are rumors of launch at Apple’s Spring Event in March or April.

New Mac Mini & iMac to Release In March or April 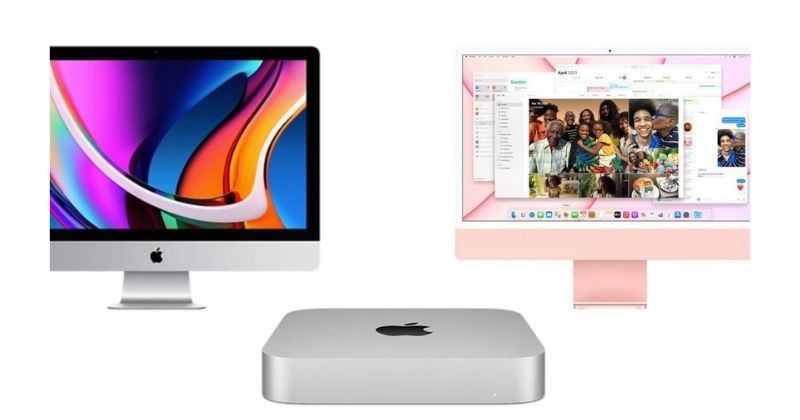 It is said that Apple is working on a new and powerful Mac mini. This model will replace the Intel-powered Mac Mini model and not the current M1 Mac mini. However, the M1 Mac mini will get an update this year.

The new Mac Mini will replace the Intel-powered model launched in May 2021. There are reports that the company is planning to release a few new Mac laptops and desktops with fast processors, new designs, and improved connectivity.

At an event on 18 October 2021, a new Mac Mini was announced along with a new MacBook Pro; we hope to see it soon.

Apple is changing the entire Mac lineup from Intel processors to Apple Silicon. The company said that the change would take two years. Till now, we have seen Apple has added its own processor to many Macs. Based on Apple, we can expect a new large iMac by autumn of 2022.

We might see the new iMac at the Spring Event in March or April 2022. There are speculations that the new model could launch soon.

One clear indication is that Apple has registered three new Macs with EEC. Three entries show the type of devices like A2615 and A2686 referred to as a personal computer. And the model number of the device is A2681 is entered in the database.