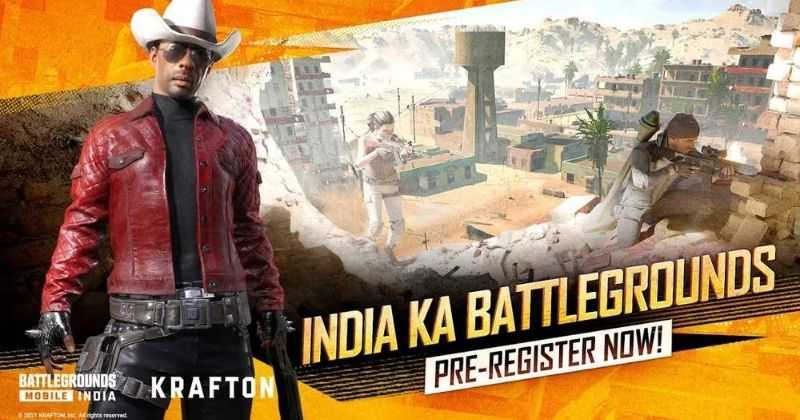 Finally, the most awaited game PUBG Mobile’s Indian avatar’s pre-registrations have started on Google Play Store. After a very long time, the developers have got successful in bringing the game back to India, though it’s a separate version only for Indians. The Battlegrounds Mobile India will follow the same gameplay as PUBG Mobile, only a few changes will be there.

At present, only pre-registration has gone live in the country for Battlegrounds Mobile India, the release date is not yet officially announced. However, reports speculate that it might launch in early June.

The pre-registration in India brings some exciting rewards for all the Indian players. The gameplay experience will be the same as PUBG Mobile, but with less violence, more security, and more.

All Indian Android users can visit Google Play Store to do registration for the game. From the time PUBG Mobile was banned in India with other Chinese apps in September 2020, Krafton has tried so hard to bring the game back. For this, they also broke ties with Tencent, which was a Chinese company, but the Indian government did not give permission. Now, finally, they have come up with a different version for Indian players.

That’s it! You are done, now as the game is available to play, you will be notified.

As Krafton has announced there will be 4 exclusive rewards for pre-registration, here they are,

Make sure, you do not fall for anything, as the game is not yet available for download. There will be so many sites that might tell, you can download the game from here, but be careful, you might end up getting a virus on your device.

We can see the images on Google Play Store, that show the in-game locations. It is said that Erangel and Miramar maps will be there in the game along with the Sanhok map.